If you could read my mind, love,
What a tale my thoughts could tell... 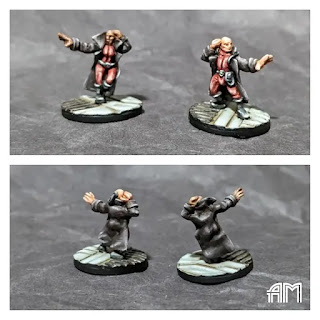 The first children born with what was called "Mehdi's Syndrome" were seen as isolated birth defects: smooth, almost reptilian facial features, large hands, and complete hairlessness.  Many simply underwent facial surgery and led seemingly normal lives.  As they matured, however, it became apparent that almost all of them possessed truly bizarre mental abilities: strong telepathy, telekinesis, sometimes even limited precognition of future events.  Some were taken into government programs, others fled to the lawless demi-monde or remote areas to escape.  All were considered a threat, but also an opportunity for those who sought to control and harness their power...

The Psykers are Alternative Armies figures. 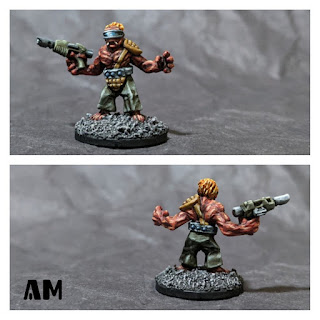 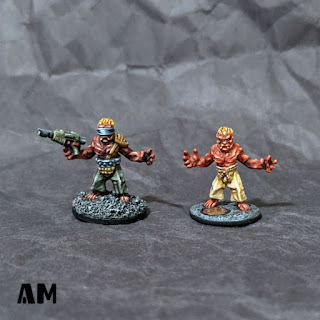 Tough, brutal, yet surprisingly intelligent, Oni are sought after as enforcers and soldiers by many an underworld boss...

I've painted this Alternative Armies figure before, but I got another one in a trade and thought I could do even better!  It definitely needed more than a new colour scheme though, so I added a bit of greenstuff and an old 28mm Necromunda laspistol.  This guy's hands are so big, it doesn't even look out of scale.