For the Motherland (finished!) 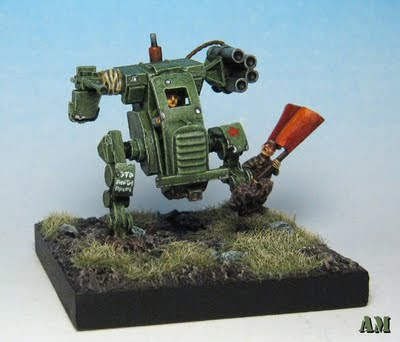 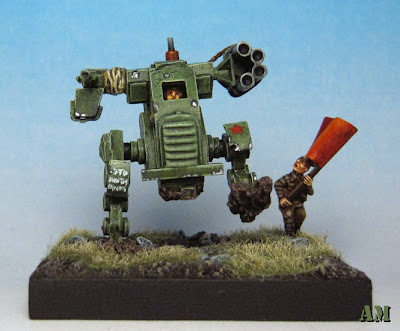 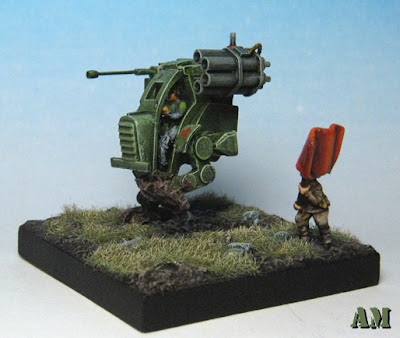 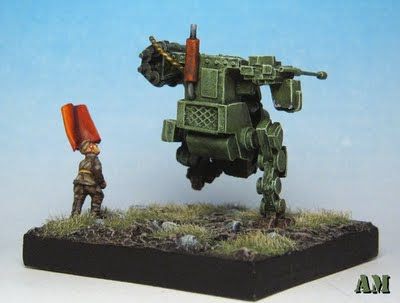 Well this was a lot of fun to make. And I'm quite happy with the results: not goofy looking per se, but definitely a different visual style than my other Weird War 2 walkers. I think thinking up the back story beforehand helped visualize the final product, since of course every miniature should have a story, even a brief one. 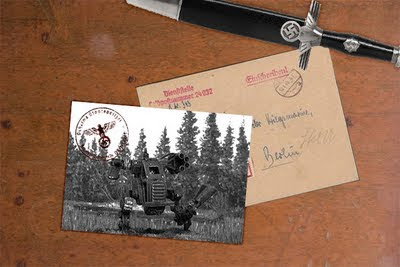 ... both the figures, and the amount of painting I've been getting accomplished lately :P 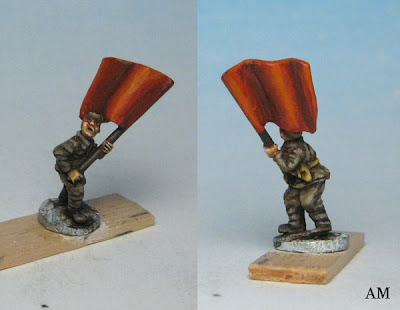 The first time I've done proper eyes with whites and pupils on a 15 mm figure :) 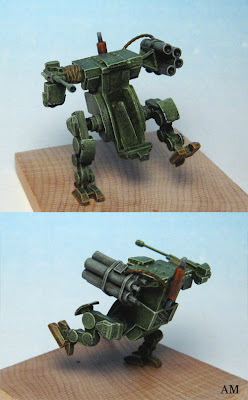 As you can see, I think I accomplished the "look" I was going for, a much brighter green (Ordic Olive mixed with Space Wolf Grey) than standard WW2 Allied olive drab. There apparently was no standard Soviet armour colour, since all factories used whatever was available.

Next I just have to base these guys and paint some markings on the mech. It's been a while since did any freehand...

In other news, I just discovered Blogger has a static page function, so I can put up an About Me page and stuff like that. I'm always reluctant to put too much personal info on the web, but I'm not an "in the closet" mini painter, or anything :)
Posted by Allison M. at 5/14/2011 03:30:00 pm 3 comments: