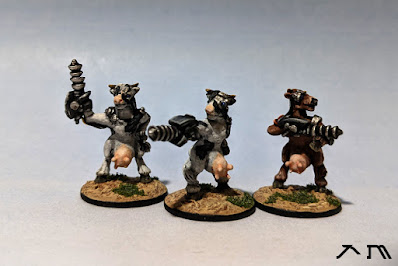 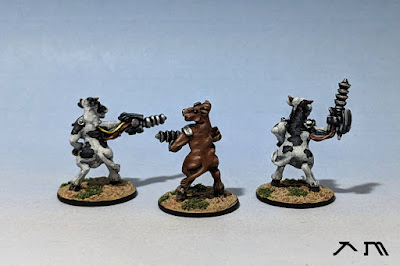 The dark secret of the demise of Paragon Exoplanetary's Corporation's terraformer pig colony did not remain hidden for long.  Independent hacker-journalists raided the corporate servers and leaked hundreds of files detailing not only the pigs' extensive genetic alterations, but also the bio-engineered paramyxovirus that suddenly killed them all just as they finished their terraforming work.

In a big galaxy, the leak didn't make headlines everywhere, but the news did reach the vast pastoral agri-colonies operated by The Green World Inc.  There, genetically enhanced cattle who farmed themselves for milk became outraged by the murder of their fellow livestock.  With the help of sympathetic human farmhands, they hacked their restraining implants and, using seized and improvised weapons, took over the colonies and declared independence from the company...

These amazing figures are from Alternative Armies; "Uplifted Cattle" HOF161.  Quick to paint, fun to have!  "COWS TOGETHER STRONG!"

Thank You Verra Much 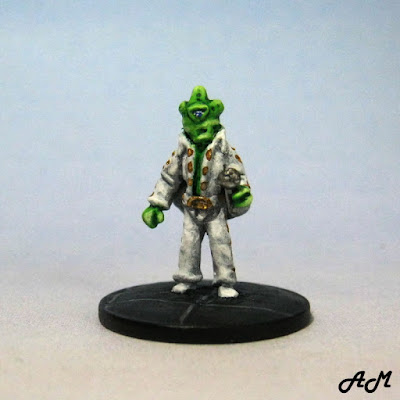 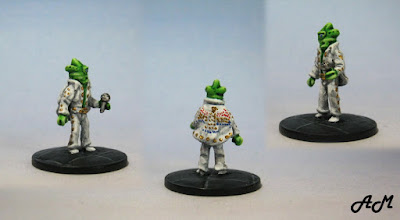 Sometimes I just do things, and I don't know why I do them.  Alien Elvis is a converted CP Models figure, the body is from the "boiler suited alien minions" set and the head is my sculpt. 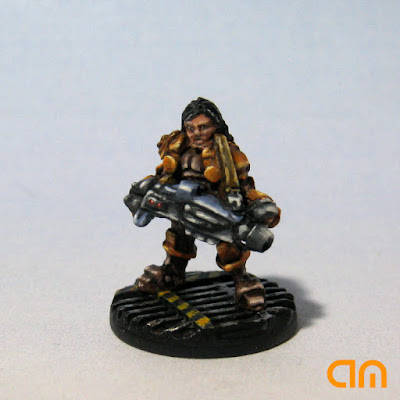 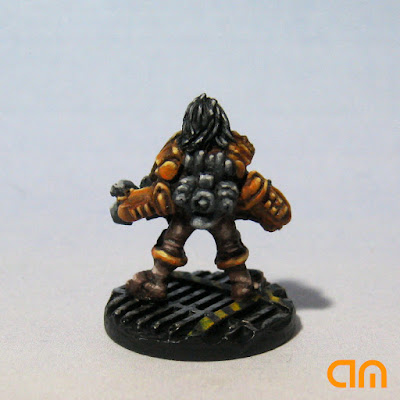 Her job of choice is whatever pays the best... her weapon of choice is the Starvaulter ion-particle projector; technically a crew-served heavy cannon but she just slings it over her powered armour.  So... stay uprange.
The "Starvaulter Instructor" is an Ion Age miniature from Alternative Armies, given as a free bonus in August 2014 and still available.

A Change will do you good 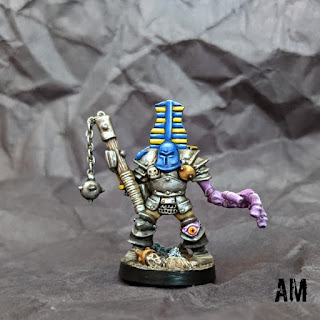 This figure is actually a conversion I did... ten years ago?!  It's based on a Heroquest chaos warrior, with some added greenstuff and a Tyranid arm.  It's been sitting around for all that time, waiting to be painted. 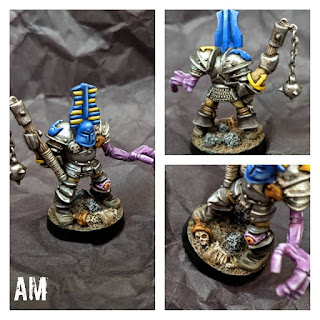 I'm very happy with how the Thousand-Sons-like colour scheme worked out, and kind of wish I'd extended it to more of the armour.  But maybe it stands out more this way.  The skeleton on the base is, I think, an atmospheric touch.

And another small project I finished recently:

You've got to pick up every stitch...
Must be the season of the witch 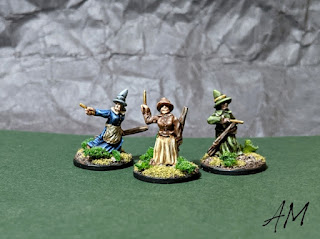 These CP models classic-style witch figures are admittedly not my best paint jobs ever... But I like their poses, which together rather remind me of Charlie's Angels 🙂