The Art of War

I stand alone
And gaze upon the battlefield
Wasteland
Is all that's left after the fight
And I'm searching a new way to defeat my enemy
Bloodshed
I've seen enough of death and pain
- Sabaton, "The Art of War"

In 1482, Leonardo da Vinci, already an accomplished artist, came under the retainer and patronage of Ludovico Sforza, the Duke of Milan.  Ludovico desired to make his city-state renowned for the arts and skilled crafts, as well as adorning his own court with elegance and splendour.  War never being far from his doorstep, he was also greatly interested in Leonardo's claims of expertise in military engineering. 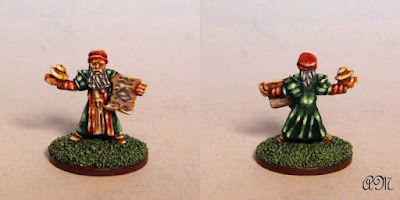 One of Leonardo's military concepts was his "tank", a mobile wooden fortress bristling with cannons which could wheel across the battlefield immune to arquebus and pike.  Like many of his concepts it was likely never built, but one could imagine Ludovico, mindful of his surrounding enemies, financing the creation of a prototype.


Tank or no tank, in 1499 Ludovico was forced from power a French invasion of Milan, and Leonardo fled to Venice.  He spent the rest of his legendary career serving patrons such as the Cesare Borgia and Pope Leo X, before dying in France in 1519. 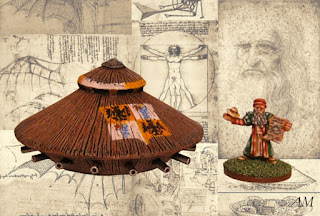 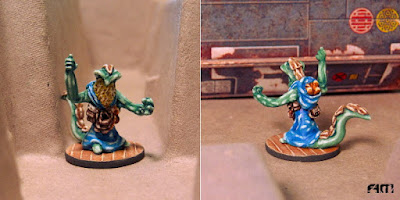 Even in a galaxy full of amazing sights and experiences, most species which consume food appreciate a "taste of home".  If they desire an obscure, rare or merely delicious food supplement or flavouring, this merchant might just have some stashed in the slew of leather and fabric sachels slung about its body.  Horansi drive a notoriously hard bargain, but even if it doesn't have what you want, it can usually find it, for a price. 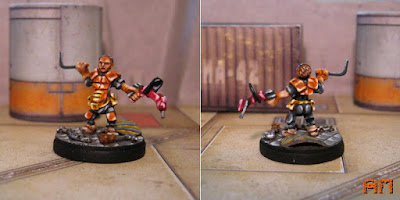 Eking out a living repairing shuttles, cargo lifters and speeders, this technical individual might get your ride back in the air just when you need it... or he might try to recharge your displacer coils with counterfeit fullerenes.  Buyer beware.  Another converted 15mm.co.uk figure.
Posted by Allison M. at 4/23/2016 12:02:00 pm 4 comments:

Leonardo and his Tank

"You up for a little reconnaissance?"
"You mean where we all sculpt and paint and stuff?"
"No, that was the Renaissance."
- Buffy the Vampire Slayer 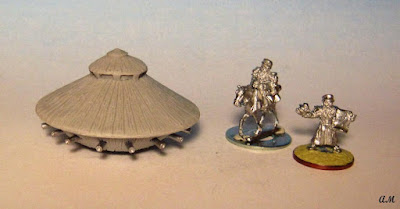 I normally don't bother to just post stuff I bought these days but I have to share this one.  15mm.co.uk recently released miniatures of Leonardo da Vinci and his famous concept "tank", one of many inventions of his that was so far ahead of its time that it was, as far as we know, never built.  Leonardo was a military engineer for the Duke of Milan, producing other more practical deadly mechanisms and fortifications, as well as overseeing the Duke and Duchess' opulent wedding. 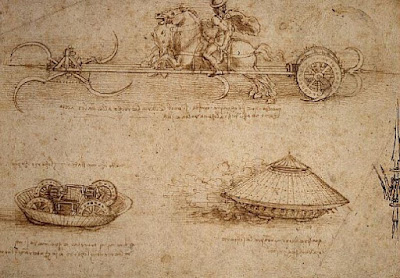 They're really nice models: well-sculpted crisp casts with lots of detail.  The tank is two resin halves with sixteen (!) metal cannon barrels, and you get two versions of Leo: mounted, and unmounted holding blueprints and a tiny model of the tank!  Too cool.  I can't wait to paint these up. 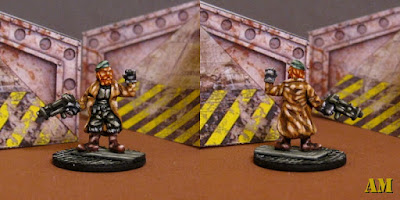 In the bloodlit dark behind his eyes, silver phosphenes boiled in from the edge of space, hypnagogic images jerking past like a film compiled of random frames. Symbols, figures, faces, a blurred, fragmented mandala of visual information. - "Neuromancer" 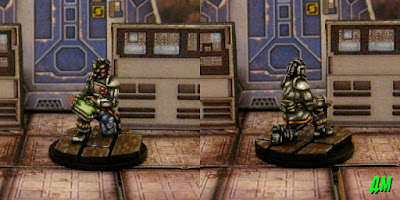 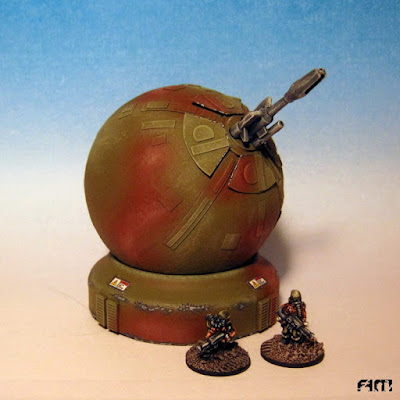 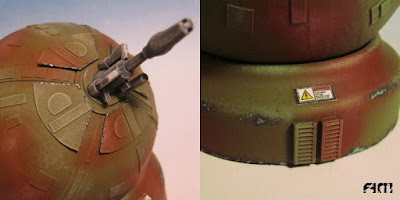 It took a little while to get back to this project, but I finally fired up the airbrush and quickly painted it up.  I used a not-very-SF "woodland" camo scheme to match my Multiverse Terrain MDF command bunker; the result is, I think, a mid-near-future or mid-tech look.  Or something.  I added a few hazard signs and some weathering to break up the greeny brownyness a bit, and also "fix" the scale to my 15mm figure collection.

So for the past year or so I've been missing the guy I once called my "most loyal reader", who seemed to be on a lengthy hiatus from blogging.

Well, sculptor and blogger javi started posting again this week, and right out of the gate he does not disappoint, posting this unique and striking original creation: 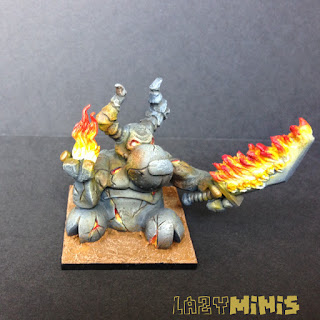