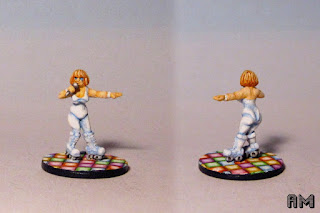 It wasn't much of a stretch to turn one of the female figures from Ion Age's "Entertainers" set into the iconic 1980's Marvel Comics singing mutant heroine.  The rollerskates and disco club base are my addition; if I was less lazy I suppose could have given her feathered hair too... 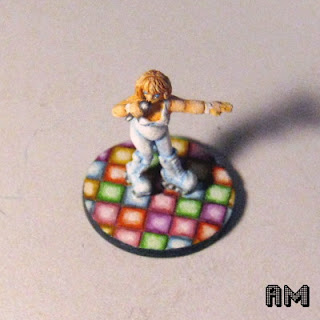 Dazzler ended up becoming a pretty decent second-tier superhero in her own right, but her origins were squarely in the realm of cross-marketing:

Dazzler was originally a project commissioned by Casablanca Records in the mid-to-late 1970s to be a cross-promotion in the mold of KISS, who had two successful comic book tie-in super-specials by the end of 1977... 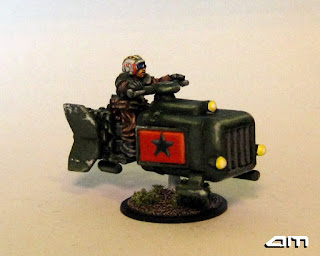 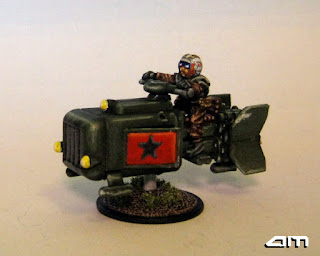 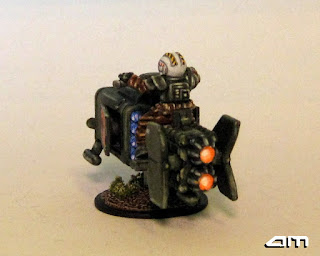 When the People's Planetary Protectorate military procurement team requested a speeder design from a collective that made agricultural equipment, they really should have known what to expect: a speeder that looks like a tractor.  But, built around a compact power plant designed to drive 30-ton megaharvesters, the unattractive result was what the committee ultimately described as "extremely zippy".

Well, the Iron Man costume I posted about previously turned out... okay. 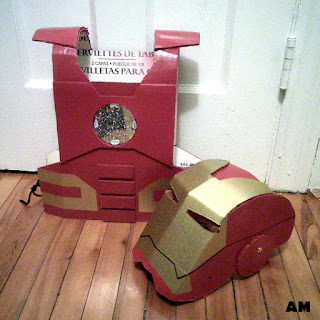 My own costume, Furiosa from "Mad Max: Fury Road", was a fairly major crafting effort too: 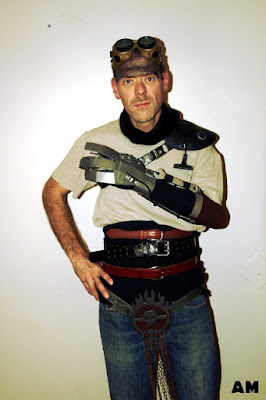 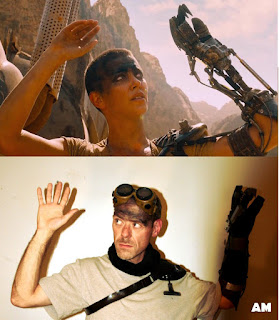 We made a pretty sharp trick-or-treating crew, I think.  Alas my wife didn't have any costume ideas she wanted to go with, but I told her that next year if she thinks of something I'll do whatever it takes to help make it happen :) 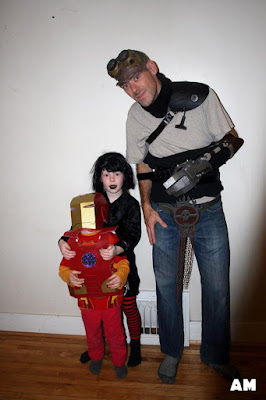