As I mentioned in my last post, Gavin at Ion Age was nice enough to comp me this month's limited edition mini when he re-sent my order.  So I figured I'd paint it up first.  I like the pose here, as you can see it reminds me of a border guard or sentry though it could be a combat hand signal too. The sentry box is from Germy.co.uk, home of a number of nice paper buildings.

I ordered some Ion Age stuff at the beginning of February... it never showed up :(  Fell off the boat, I guess.  But Gavin shipped it again, and threw in March's limited edition miniature too: 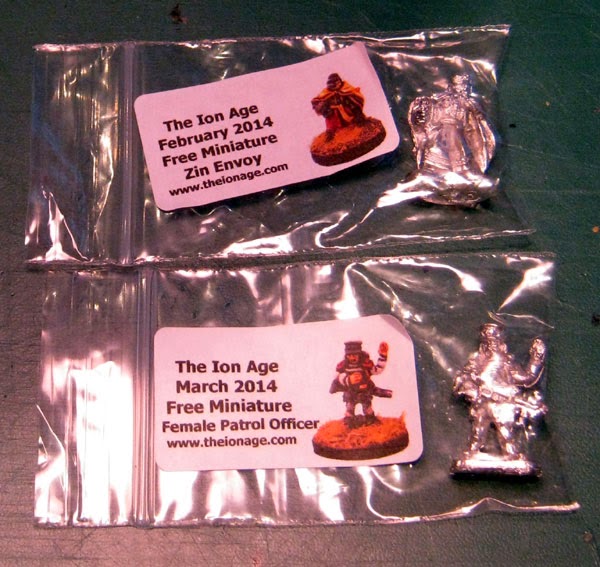 I'm going to try and paint one of these up for the blog ASAP, they're pretty nice figures.

Among other fun things, I ordered a couple of "Maligs", sort of undisciplined auxilaries from the Shia Khan faction.  I love them!  They'd make GREAT not-Space-Orks:

Email ThisBlogThis!Share to TwitterShare to FacebookShare to Pinterest
Labels: 15 mm, in other news, Sci-fi, The Ion Age

... 'cause a boarding party don't stop until all hostiles on the target vessel are neutralized or captured.

While life as a citizen of the Cultural Collective is generally one of fulfilling work and hedonistic leisure in a low-scarcity economy, utopia is not without consequence.  In addition to its overt and covert diplomatic interaction with other galactic powers, the CC is constantly engaged in a variety of low-level military endeavours against renegades, pirates, rebellious elements, and adjacent domains with whom it is not officially at war. 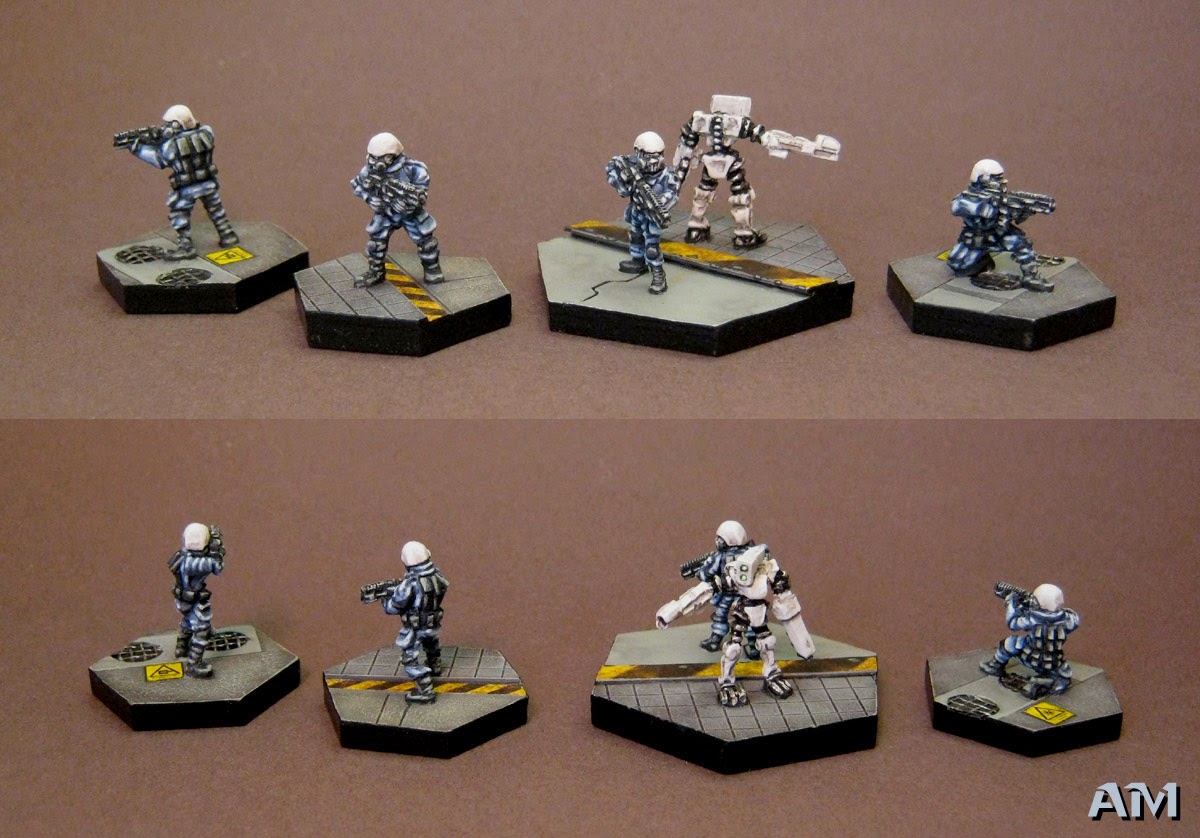 No citizen is compelled to serve in the CC's armed forces.  Instead, service simply appeals to a certain subset of the population who enjoy the the combination of action, violence, and relatively low personal risk due to advanced weapons and armour.  Periodic excesses may occur, but the average CC resident considers these a small price to pay for freedom and security, if they are aware of them at all.

I decided to keep a cool blue "authentically military" look for these guys, with only the white helmets to offset it and tie them in with the robot.  The yellow markings* on the bases (colour printed and slightly weathered with paint) help with both colour contrast and visual unity.

* The square yellow signs are tiny versions of "Autonomous Device" and "Self-Replicating System" from this interesting collection of future warning signs - good eye-candy for any industrial or military sci-fi scenery :)
Posted by Allison M. at 3/15/2014 07:16:00 pm 9 comments:

I just made a few good finds in the grocery store while on an emergency cat food run.  Inspired by Spacejacker's amazing Hot Wheels repaints, I thought they might work as 15mm scale vehicles.  First, the "International MXT", in desert drab: 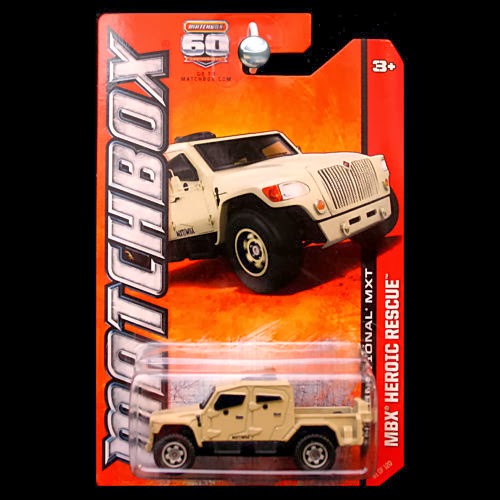 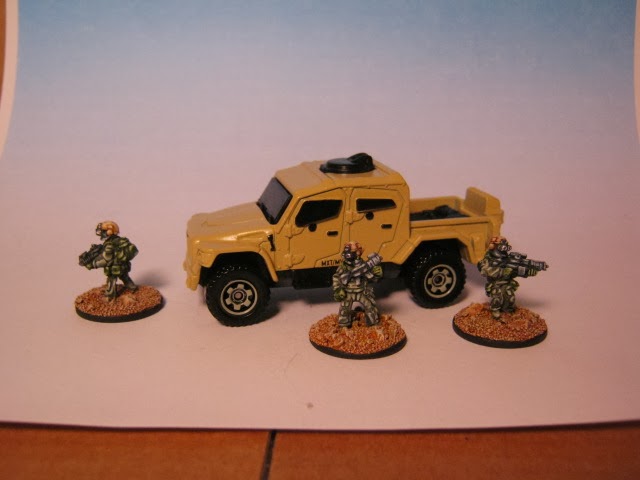 Wow!  Probably a bit off-scale, but it looks perfect next to some average minis.  This is a real military truck, but not so well-known you can't field it as a fictional one.  Detail is a bit soft, but I don't know if that's from the casting or the kid-proof paint layer.  Apparently even this durable paint can be stripped with solvents or oven cleaner, but the metal body has to be separated from the plastic frame and wheels.

Next up we have this tracked dump truck thingy.  Some greasy sci-fi potential here, for sure.  The cab is not at all big enough to be 1:100/15mm, but I still feel like something could be done with it, or at least the track portion could be used as the basis for a kit bash: 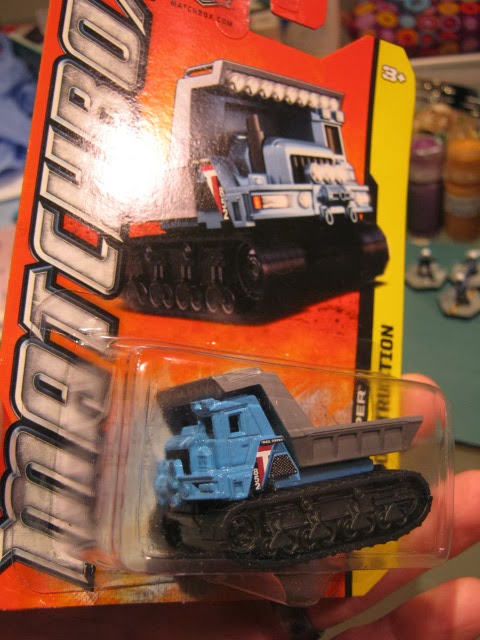 There are probably a bunch more interesting things available along these lines; I've been keeping an eye out for that cool fire engine Spacejacker used, but no luck so far...
Posted by Allison M. at 3/03/2014 10:28:00 pm 6 comments:

So I'm working on these GOTA troops from Khurasan, and while I'm generally happy with the colours I've picked and how they look on their bases, I am stuck on one thing.

My robot!  I don't want it to be exactly the same scheme as the troopers, and just blend in.  But I don't want to do it in a wildly contrasting or too-colourful style either because I'm trying to make them look realistically military and of the same faction. 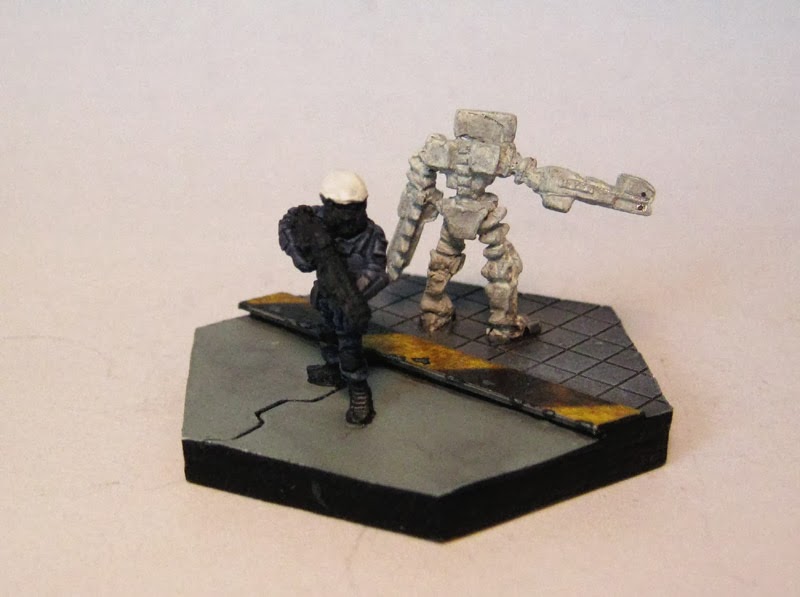 
Also, my Planet Tubby entry in the Titanium Dropship painting contest has finally been posted on Dropship Horizon, along with a lot of other very, very nice entries.  Check em out, if you haven't already!
Posted by Allison M. at 3/01/2014 12:09:00 pm 9 comments: