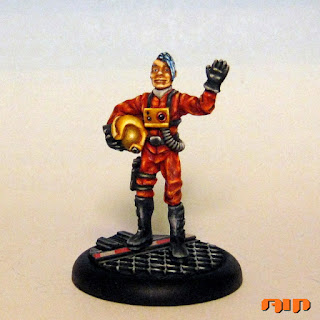 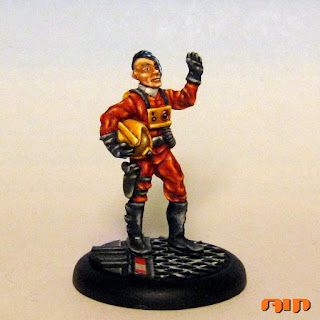 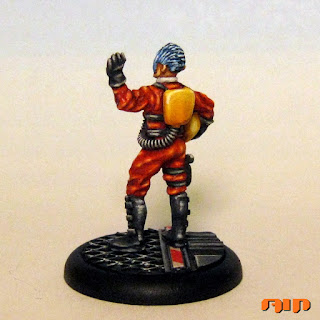 My wife and I have been catching up on the amazing SyFy show "The Expanse" for a few months now.  Well-written, and its super-hard-SF style, solidly based on some pretty good novels, is something really refreshing among what tends to be fairly sloppy televised SF. 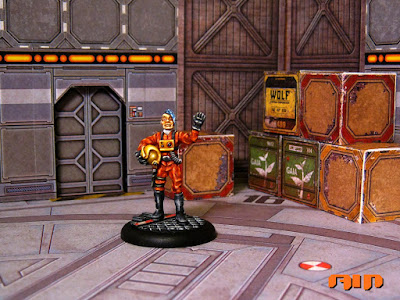 This nicely detailed and expressive figure is from Space Bunny Arts.  I added his "Belter fringe" hair, with colour inspired by my colleague @katafacepainting, and style loosely based on the show's Detective Joe Miller: 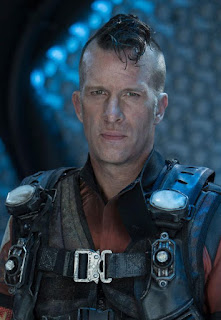 Whoa oh oh oh camouflage
things are never quite the way they seem... 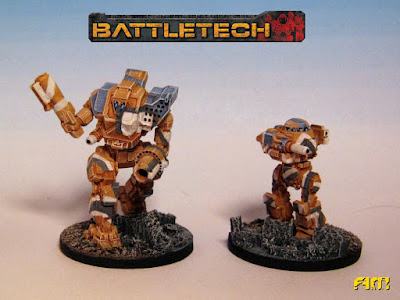 In the dark, grim, dark future of Mech warfare, it's hard to camouflage a fifty-foot behemoth under some green paint, nets, and branches.  Some mechwarriors opted instead for brazenness: presenting themselves in bold colours and menacing imagery to intimidate opponents.  But others opted for a different strategy: using countershading and the bizarre patterns and shapes of dazzle camouflage not to hide themselves, but to confuse enemies as to their size, mech type, armaments, and direction of movement. 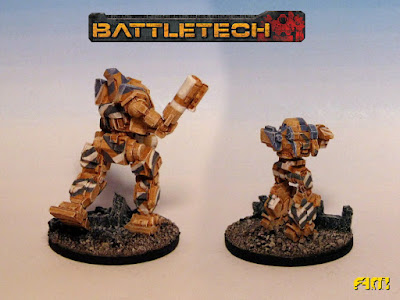 My brother has bought a bunch of these Battletech-like models from some dicey site in Russia, and sent me a few to try my hand at painting them.  They're really nice quality, presumably mastered via 3-D printing, but since they're unlicensed knock-offs I'll refrain from promoting the manufacturer here.  Apparently he Paypals to some guy named "Yuri" :/