Out- out are the lights- out all!
And, over each quivering form,
The curtain, a funeral pall,
Comes down with the rush of a storm,
While the angels, all pallid and wan,
Uprising, unveiling, affirm
That the play is the tragedy, "Man,"
And its hero the Conqueror Worm. 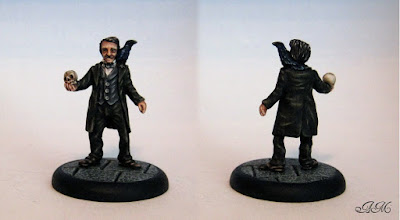 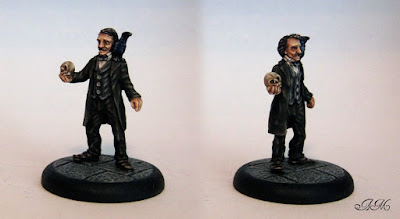 I learned a lot about Poe doing the (unnecessary) research for this figure.  I read stories like "The Cask of Amontillado" and "The Telltale Heart" in school, and I'd certainly hope any North American with a TV is familiar with his Gothic poem "The Raven".  His financial struggles would be unsurprising to anyone familiar with the publishing industry.  But I did not know that he was in the army, or that his story The Murders in the Rue Morgue was the first modern detective story, or that when he was 27 he married his 14-year -old cousin...

As I posted earlier, this is another excellent figure from the Bears Head Miniatures Kickstarter.  It's obviously based on the well-known portraits from later in Poe's life, with impressive accuracy.  I doubt he regularly carried a skull and raven about town, but I think the figure really captures Poe's literary character very well.

Scribe of the Unspeakable 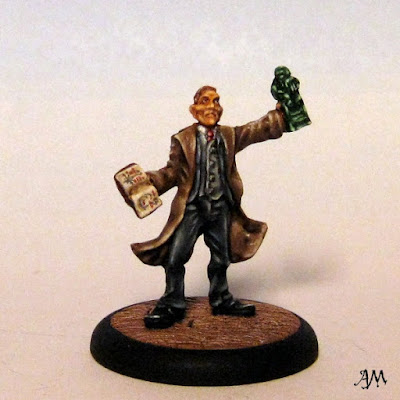 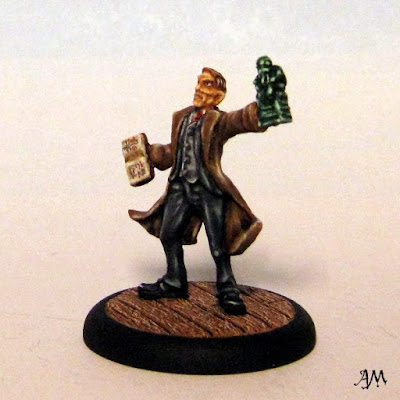 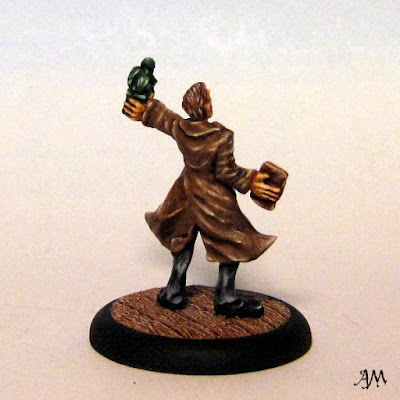 This Bears Head miniature was a real pleasure to paint!  Part literary caricature, part dramatic fictional character, it's an excellent sculpt, crisp and dynamic.  Waving his unholy idol and clutching his dog-eared copy of the Necronomicon, the author unleashes the creative process on an unsuspecting world...

I learned a few new things about Lovecraft in the painting process, like his hair colour, for which I had to consult professional Lovecraft impersonator Leeman Kessler, as no colour photographs of the author seem to exist.  I've always enjoyed Lovecraft's lurid works, and despite his substantial... personal shortcomings... and the fact that many of his creations have reached the status of self-parody in recent fandom, I truly think he was a man of remarkable imagination who contributed a lot to the fantasy, horror and SF genres.