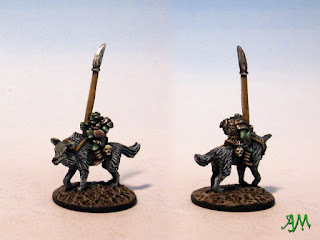 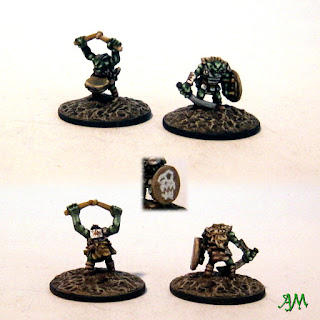 I had a few 10 mm scale Copplestone fantasy figures left from my not-a-commission project a while back, and decided to paint them up a few days ago.  Fun!  I don't paint a lot of orcs either so their grimy green aesthetic is a bit novel for me.  The result is pretty standard Tolkien-style orcs, though I did borrow from Warhammer for the shield design :)  I have some corresponding heroes, painted over eleven years ago (!), that I now want to re-base to match them.
Posted by Allison M. at 11/24/2018 09:48:00 am 4 comments:

The brains of the operation 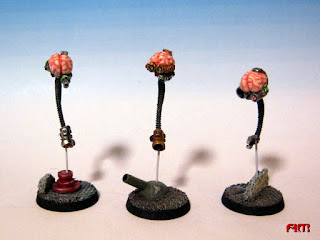 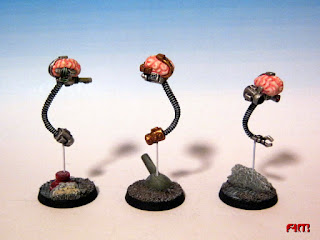 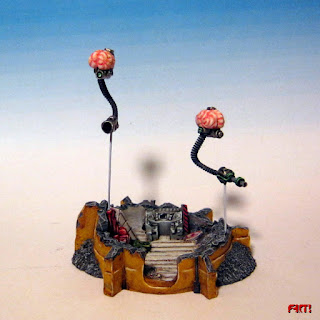 Swooping down from space, their ray guns and menacing claws gleaming, their frontal lobes glistening, the Space Brains attack!  All they seek is total domination, the destruction of the planet, and possibly to grab and menace scantily-clad human women. 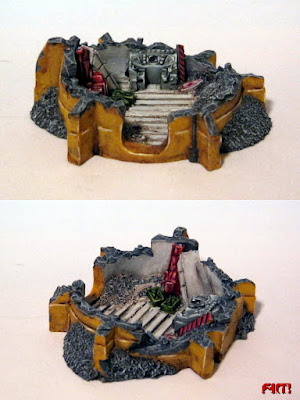 I decided to base a couple of them on a resin scenery model to give them the appearance of hovering over a ravaged battlefield.  The Space Brains are Alternative Armies figures.  The Cratered Hab Dome is a 15mm scale Ion Age model.