Crimson and clover
over and over... 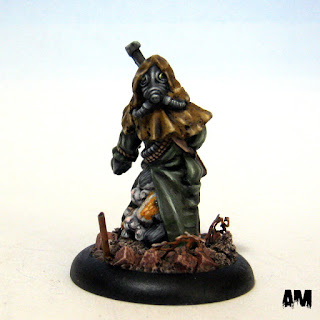 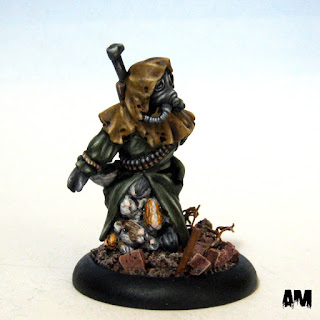 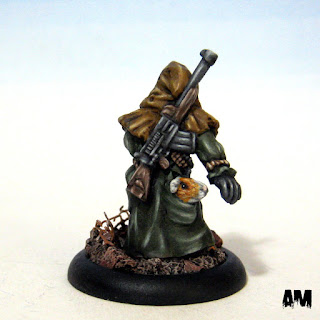 As you sift the rubble for anything useful to add to your gear or trade for bottlecaps in town, you hear a sound.  Scrambling for a hiding spot, you see an odd figure approaching. Masked and shrouded, it's humanoid enough at first glance, but its movement is an odd combination of shuffling and lurching, with legs hidden under a long overcoat.  And you think you hear squeaking... 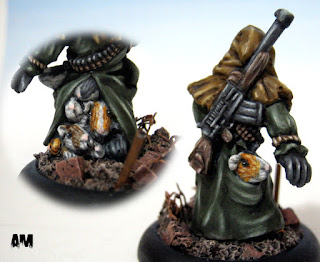 This is certainly one of the strangest and most unique figures I've ever seen, let alone painted!  Annie Norman of Bad Squiddo Games has a well-known obsession with guinea pigs, and this figure is clearly the oddball product of that.  I love it. 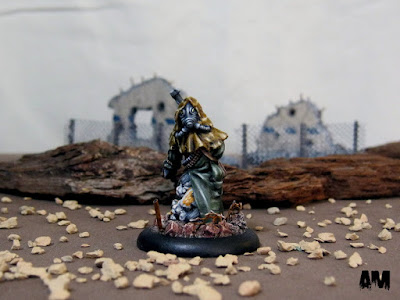 Wolf Clan - the Red and the Black

Hallelujah when the moon is up
We are werewolves, all we need is blood
Take a silver bullet for your shot
We're immortal, all we fear is god! 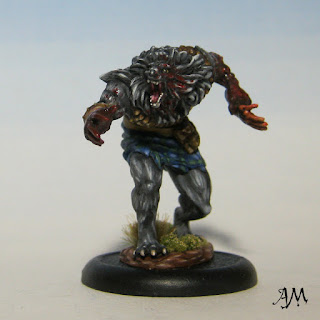 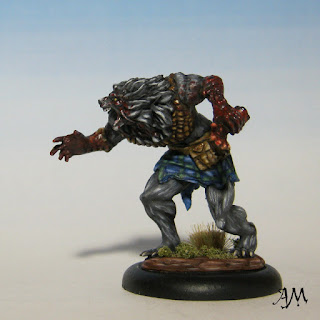 I'm very much a "f*** it, it's done" kind of painter, so this doesn't happen very often: after posting this figure here, I received some very helpful feedback, and took it back to the painting desk.

On the original post, my official Most Loyal Reader, Javi of Lazyminis, bluntly told me "your werewolf isn't bloody enough, and that severed hand looks like a cheap Halloween prop".  And he was, unsurprisingly, RIGHT. I couldn't un-see it. 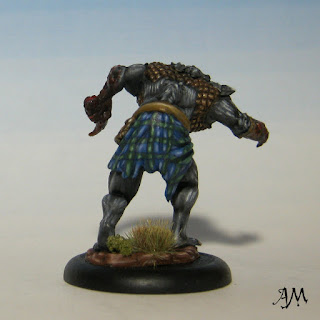 Anyway, I think it looks much better now. I avoided real grand guignol with blood splattered from head to toe, but he's definitely torn something up.  And, it turns out the key to truly ghastly gore is mixing red and black...

Menace of the Wolf Clan 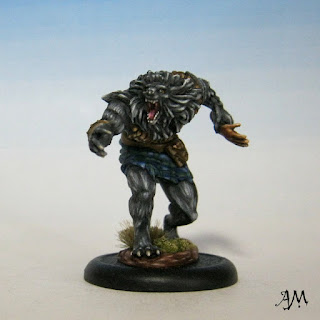 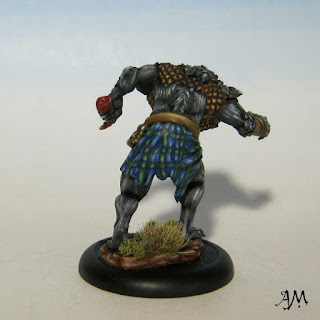 This figure kind of came together unexpectedly.  My FLGS, the Dragon, is having a "we're all stuck at home" Instagram painting contest!  The terms were pretty open, but I decided that I should support them since in the midst of all this they're still operating, making local home deliveries!  I ordered a couple of blisters of Nolzur's figures and this is the one I went with.  Done in four days, and I think the result is pretty satisfactory :D 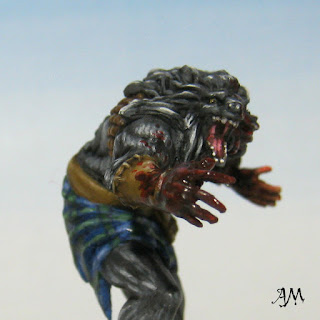 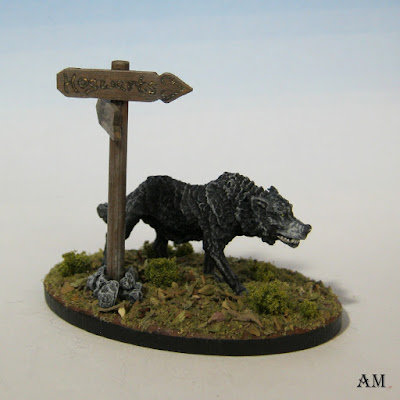 In the form of a huge black dog, Sirius Black follows his godson Harry to Hogwarts School of Witchcraft and Wizardry, hoping to keep him safe from the most terrible dangers in the wizarding world... 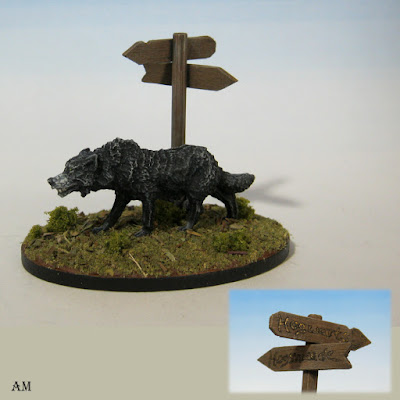 I painted this figure at the request of my daughter, who is currently reading through the HP series at a shocking rate, totally immersed in the world of magic.  The figure is a pre-slotta Citadel wolf dating from the late 1980's.
Posted by Allison M. at 4/03/2020 04:06:00 pm 9 comments: