So I recently saw this press release from the University of Michigan Health System, about an infant's life saved with a custom 3-D printed polymer splint implanted in her collapsing airway. 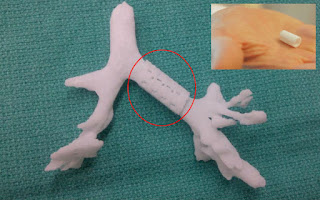 [Dr. Glen] Green and his colleague, Scott Hollister, Ph.D., professor of biomedical engineering and mechanical engineering and associate professor of surgery at U-M, went right into action, obtaining emergency clearance from the Food and Drug Administration to create and implant a tracheal splint for Kaiba made from a biopolymer called polycaprolactone.

On February 9, 2012, the specially-designed splint was placed in Kaiba at C.S. Mott Children’s Hospital. The splint was sewn around Kaiba’s airway to expand the bronchus and give it a skeleton to aid proper growth. Over about three years, the splint will be reabsorbed by the body.

Email ThisBlogThis!Share to TwitterShare to FacebookShare to Pinterest
Labels: in other news, Instant Mold 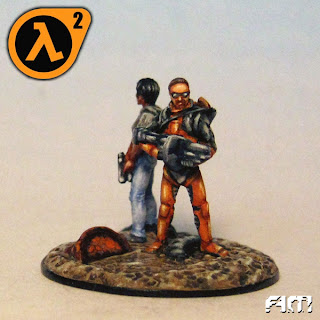 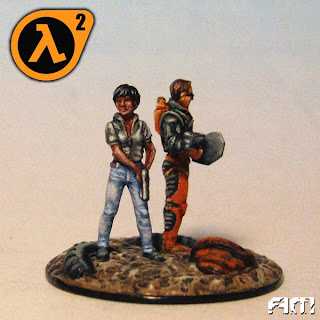 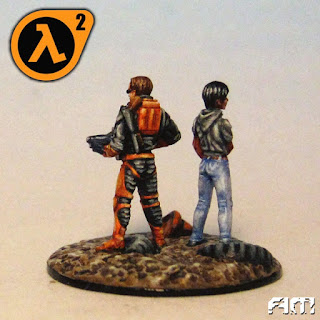 Well, I finally finished my "dream miniatures" that I started back in March.  Painting these was a genuine pleasure, despite having to squeeze them in around the ever-increasing time constraints of "real life".

Not perfect likenesses, of course.  Gordon looks less nerdy and a bit more badass in opaque sunglasses, and I rather like darker-skinned Alyx.  I converted the boxy, generic gun that was on the original sculpt to at least resemble the Combine Pulse Rifle from the game - an incredibly potent weapon.  With more sculpting mojo, I might have tried for the Gravity Gun...  As for painting, I wanted figures that would really "pop", and so went with the high-contrast style that I'm getting better at (as well as contrasting Gordon's colorful armour with Alyx's subdued street clothes).

The base turned out well in my opinion, I didn't want anything too flashy that would distract from the figures.  But I think it's suitably thematic.
Posted by Allison M. at 5/20/2013 07:45:00 pm 11 comments: