Wendigo
28mm scale
Blood is on the table and the mouths are chokin'...
But I'm goin' hungry 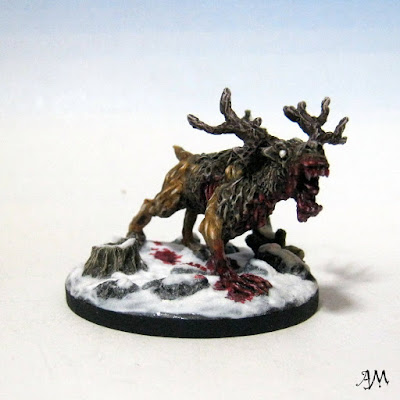 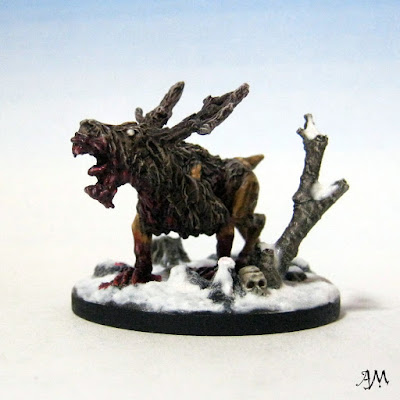 Even if this wendigo figure from Bears Head Miniatures has more in common with recent horror movie depictions than traditional Anishnaabe legends, it's still a terrifying beast. It lurches through the snow, ravenous mouth forever hungry, its distinctly human forelimbs betraying its origins as an utterly corrupted soul. 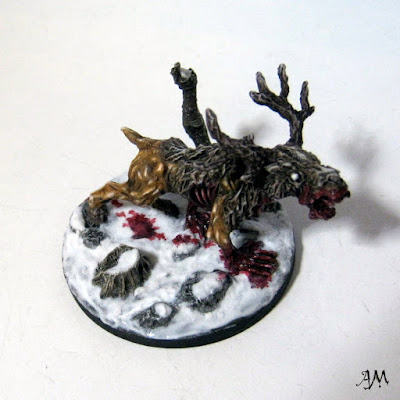 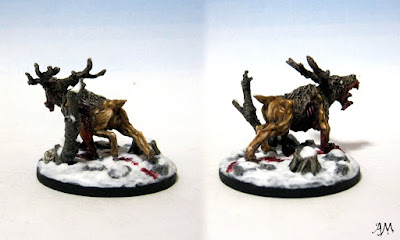 In addition to reinforcing taboos against cannibalism, it's not hard to understand why a society living on the land, who relied on each other's cooperation every day, would believe that greed and selfishness could literally make you a monster.  The wendigo can also be understood as a symbol for rapacious acquisitiveness that throws an individual out of harmony with their community and environment... probably a metaphor worth paying attention to in our time.
On a technical note, I based this figure on a craft plywood disc covered in Fimo.  It's metal so I was able to sculpt the stump and rocks, and bake it, figure and all, before adding the skull and a stick as a taller tree trunk.  I used Golden acrylic gel medium mixed with bluish-white paint, sprinkled with baking soda when still wet, as the snow. Hopefully this will avoid it yellowing in the future.
Posted by Allison M. at 6/27/2020 06:01:00 am 14 comments: 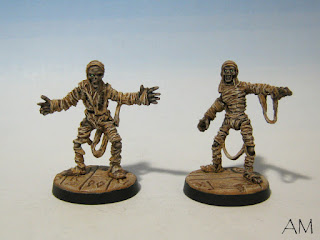 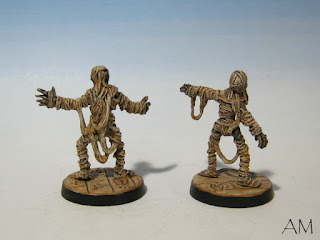 I recently picked up this charming pair of mummies from Bears Head Miniatures' latest Kickstarter.  I've enjoyed painting mummies in the past; they're usually a quick job because it's hard to fuss over something that's basically a bundle of leathery skin and brittle rags.  That said, I really like these lurching, malevolent sculpts, so make them a bit special I gave them some hieroglyphic bases: 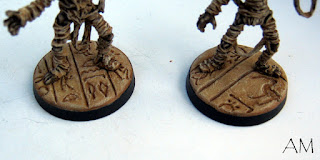 I'll admit, I don't think these say anything in particular, I just picked some symbols that weren't too hard to make. The one on the right does contain part of the cartouche of Thutmose III, so perhaps that's who the male here is (prior to his final rest in the Cairo Museum)...
Posted by Allison M. at 6/14/2020 02:53:00 pm 9 comments: 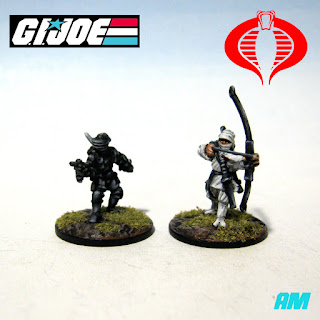 Working on the somewhat lacklustre ninjas featured in my last post gave me a few pretty decent ideas for follow-up projects. This is definitely the best of the lot.

Like a lot of people my age, I had a substantial collection of GI Joe toys as the child in the 80s. And these were by far the coolest. These two mysterious characters, one Joe and one Cobra, were created to tie in with the contemporary ninja craze. I was never familiar with a lot of the extensive background presented in the comic books, but the Coles' Notes version is that Snake Eyes and Storm Shadow were both adopted and trained by a clan of ninjas called the Arashikage. Storm Shadow was implicated in their master's murder and fled, joining Cobra, while Snake Eyes was recruited by GI Joe. 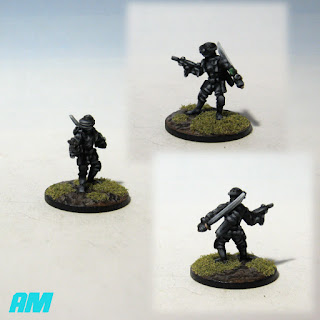 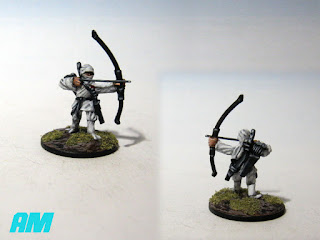 Storm Shadow's archery skill is a big part of his character so I was lucky the Rebel minis bow ninja is one of the best sculpts; I just added an arrow.  Snake Eyes is a conversion of a figure that I've painted before, I just gave him a sword and his signature mask and Uzi SMG. 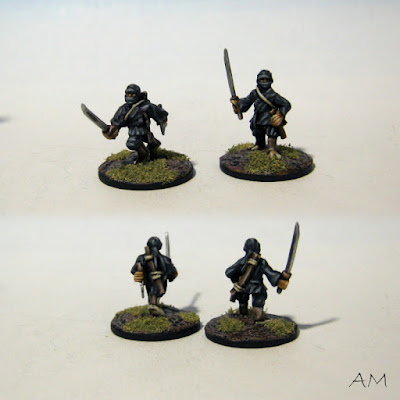 I've had a bunch of these Rebel Miniatures ninjas kicking around for ages; I was honestly disappointed when I got them.  Some dicey sculpts, but mainly, their hands are AWFUL, literally like Easter hams stuck on the ends of their arms.  Anyway I found these ones half-painted the other day, and decided to finish them up.  I may tackle some of the others at some point, the archers and naginatas aren't too bad.

In classic wag-the-dog fashion, I also decided to make a small terrain piece to go with them: a Torii gate, traditional boundary of sacred space at a Shinto shrine and iconic Japanese scenery item.  It's made of wooden odds and ends from my bitz box. 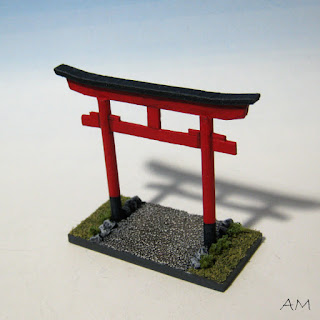 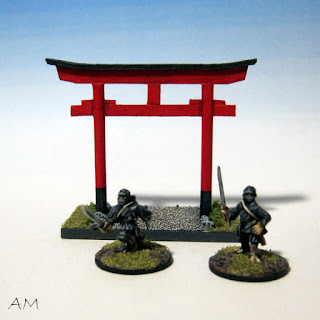 I'm quite happy with how it turned out!