"Dantes had not been a day on board before he had a very clear idea of the men with whom his lot had been cast... the people without name, country, or occupation, who are always seen on the quays of seaports, and who live by hidden and mysterious means which we must suppose to be a direct gift of providence, as they have no visible means of support. It is fair to assume that Dantes was on board a smuggler."
- The Count of Monte Cristo 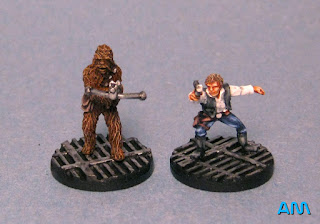 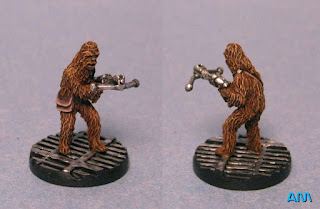 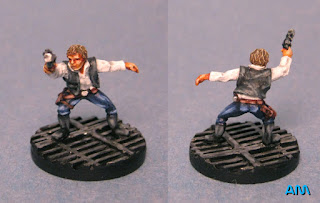 Well these guys are what those bases in my last post were designed for.  Again, I'm not saying where I got them, but they're really nice.  They're good likenesses, and I think the contrast of tight/extended body poses make them also look good as a pair.

I've also now been reminded how nerve-wracking it is to grind attached bases off of tiny, tiny miniatures with a Dremel cutter.  But once again, nobody and nothing that wasn't supposed to be ground off, was ground off.  Whew!

For the next couple of 15 mm figures I'm doing, I wanted nice, high-tech "spacey" looking bases that would complement the minis' genre. The trouble is, the found objects I was going to make them out of are composed of soft, non-paintable plastic - ever try to paint those green vinyl army men?  (Also, sometimes an original object may be valuable or unique and one doesn't want to use it up to make bases.)

Enter my Instant Mold, and here I'm going to show you how I easily made multiple great-looking bases from a single textured original. Not rocket science, for sure, but since my basing posts here seem to get a good response, I thought I'd show you how I did it. 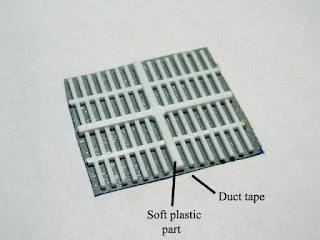 The object I'm using is an "embedding cassette" used to prepare tissues for microscopy.  Looks sort of cool and tech-y... but it's an unsuitable material.  Here, I've trimmed it down and stuck it to a tape backing. 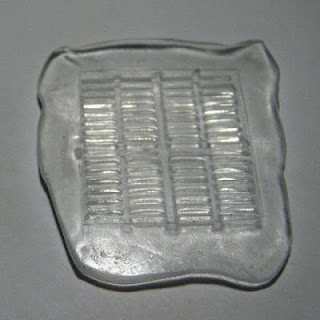 Pressing the Instant Mold firmly onto the original produced a nice impression. 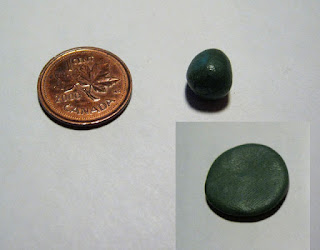 I usually base 15 mm figures on a Canadian penny, so this, covered with green stuff, is the substrate here. 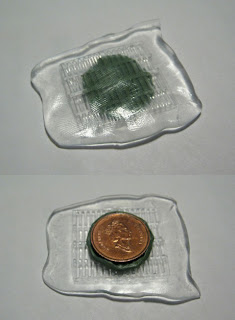 The putty-covered coin is pressed onto the mold.  I tried to ensure that the putty layer wasn't too thick, and was of even thickness to produce a ~ flat "floor" for the mini to stand on. 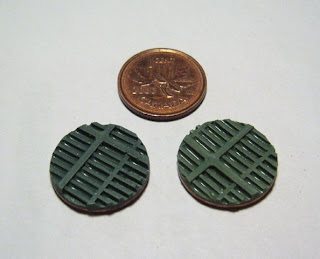 Ta da!  Looks pretty good!  Once the putty was set, I peeled the mold off and carefully cut away the excess putty with an X-acto knife.  By varying the location on the mold where I pressed the putty, I made multiple  slightly different bases with the same general appearance.  And of course, green stuff is always guaranteed to be workable and takes paint well.

I can easily imagine a single dollar-store toy or random thing you found by the side of the road generating many bases using this method, and with a little ingenuity different textures could probably be combined on one base. I should also try it with rocks and other natural materials to see what kind of surfaces I can produce.
Posted by Allison M. at 10/17/2012 11:38:00 am 5 comments: 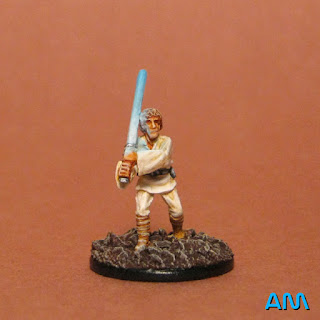 I can't say too much about the origin of this mini, for obvious reasons.  Anyway the set is a really nice one, they're not super-detailed sculpts but they capture the essential characters quite well and the poses/proportions are well-done.  They're all a bit on the tall side of 15 mm, so they might not mix seamlessly with some other lines, but they're close enough. 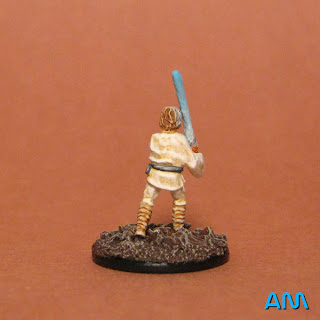 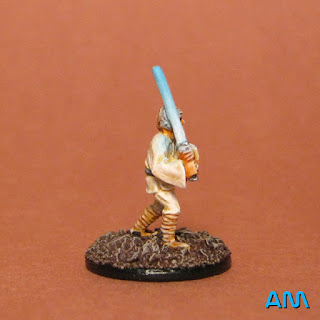 Also... OSL on a 15mm mini?  Insanity.  Actually no, because it works exactly the same way and you have less area to paint.  But I'm not good at it, and it's hard to pull off on light-coloured surfaces.  And stills from the films were NO help: 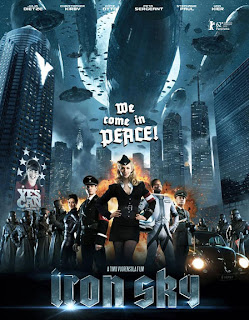 It's been reviewed properly elsewhere, but MY capsule review:

For those of you who haven't heard about this B-grade, crowd-funded indie-blockbuster film, it's very briefly about Moon Nazis invading the Earth.  It's 2018, and US President cough totallySarahPalin has sent a mission to the moon to boost her popularity.  The astronauts quickly encounter a secret Nazi moon base, and the survivor is captured, precipitating some wildly improbable adventures and eventually a full-on Moon Nazi attack.

Yeah, it can't quite decide if it's slapstick, goofy political humour, dark political satire, an action film, or what.  Surprisingly good at times (especially for a $6 million budget), painfully clunky at others, if you like Weird War 2/dieselpunk/wacky Nazis and don't take it too seriously it's definitely worth a watch.  Also, the heroine Renate is just about the cutest little National Socialist since Helga from "Allo Allo".

Email ThisBlogThis!Share to TwitterShare to FacebookShare to Pinterest
Labels: films, in other news, Sci-fi, things i do late at night when the baby is asleep but my paints are packed away, Weird War 2

After finishing the Untoten Soldaten for my brother, I liked them so much I decided I wanted some too!  I gave these ones snow bases, obviously inspired by the Norwegian zombie film Død Snø (Dead Snow). 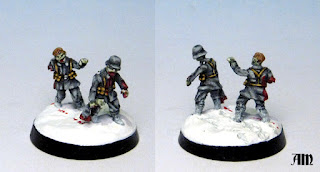 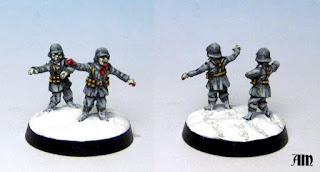 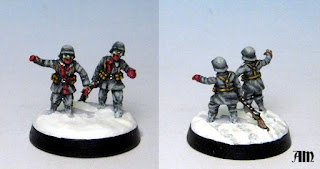