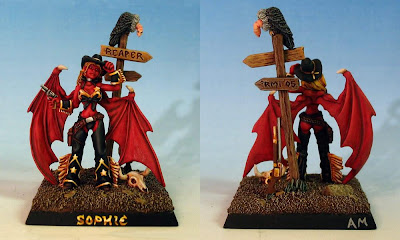 My present for my dad is done: 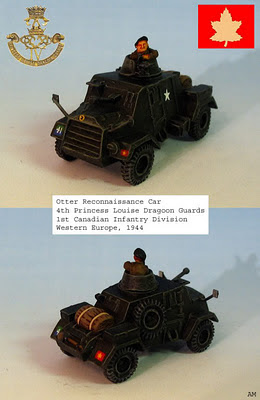 I actually did research so the markings are at least plausibly accurate. Trivia: the "American" air-recognition star was used by all Allied vehicles to prevent friendly fire incidents from aircraft. Cheeky Canadians usually painted theirs on crooked. 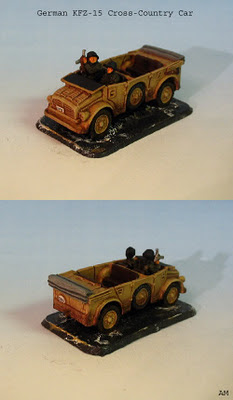 My dad, old soldier that he is, is quite interested in Canadian military history. I thought that while I'm bitten by the little WW2 soldiers bug I could paint him up something. I decided on the Flames of War "Otter" - a scout car made in Oshawa, Ontario and used by several Allied nations including Canadian troops. Right out of the box it is quite plain so I decided to add some extra detail to make it more realistic. 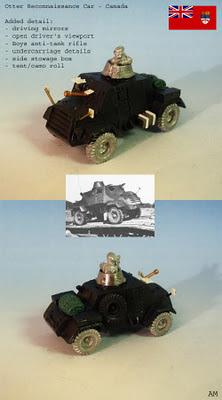