Cabin's purged by satellites, now we're flying high
We've got a lady pilot, who's not afraid to die 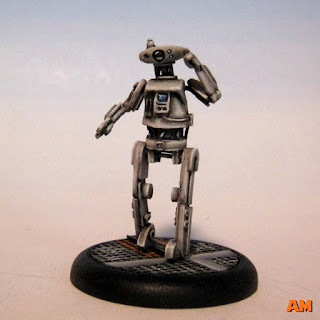 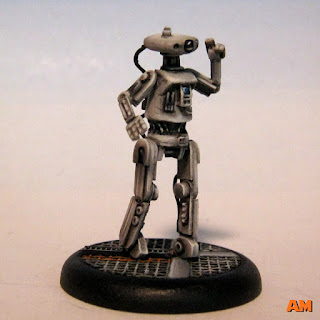 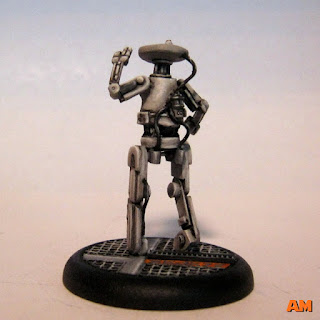 This figure started life as a Space Bunny Arts sculpt.  It was a fun conversion, and an extensive one: 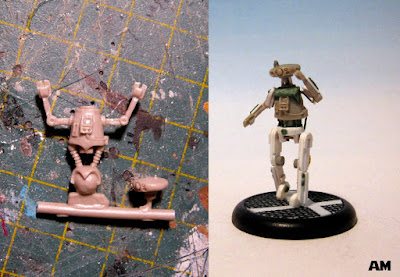 I liked the original, but after seeing "Solo: A Star Wars Story" its passing resemblance to Lando Calrissian's passionately droid-emancipating co-pilot L3-37 prodded me to do a conversion.  L3-37 was one of my favourite supporting characters in the movie, partly because "she" finally addressed (in spades) the awkward question of droid ownership in the SW universe, and partly because she was just well-written.
Posted by Allison M. at 6/19/2018 08:52:00 pm 5 comments:

Man of the World 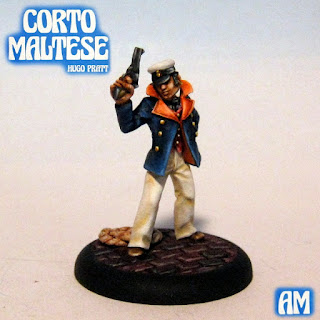 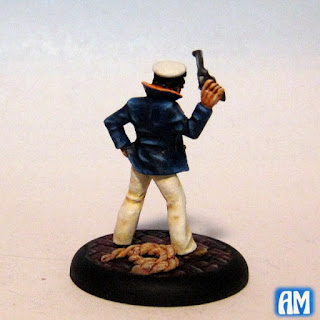 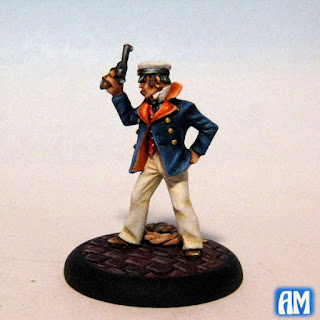 I won this figure a few months ago from North Star figures in a (very unexpected) random draw at Lead Adventure forum.  This Mark Copplestone sculpt is an homage to the 1970s Italian comic book hero Corto Maltese, a sort of Han-Solo-like roving ship's captain and adventurer who meets exotic people, defends the underdog and generally champions liberty and fairness wherever he goes.  I'll confess I wasn't familiar with the books, but I should be; the art is stunning: 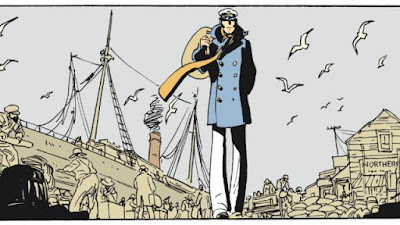