Designed for rapid reconnaissance of dense urban areas, this lightly-armoured buggy allows Riflethings to get in and out, relying on speed and good steering to avoid small arms fire.  The driver is protected by slug-resistant, laser-ablative canopy; the gunner is exposed, but packs a punch with a plasma projector whose effects on infantry are best described as "horribly demoralizing". 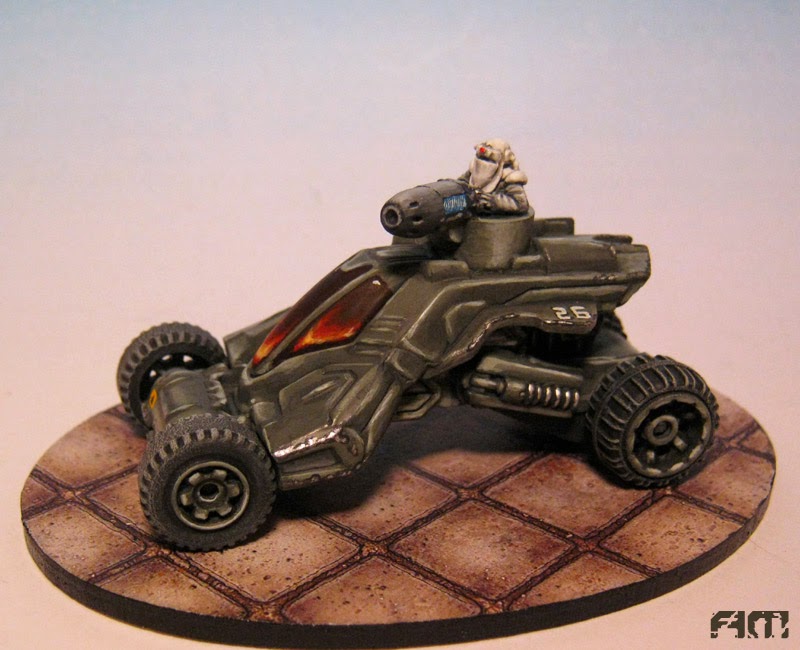 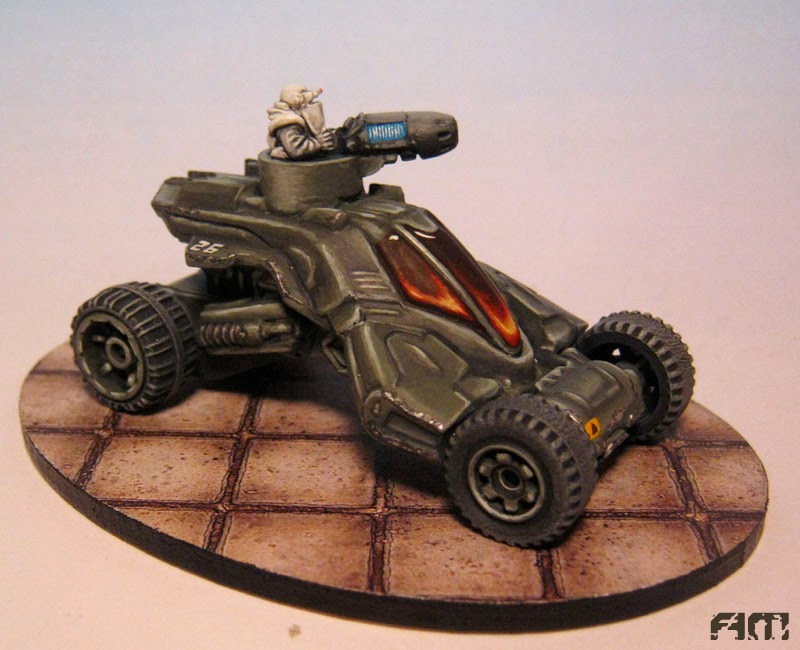 This was a fun stress buster in the week after baby #2 was born, the chassis painting came together surprisingly quickly, though detailing took a bit of time later.  Frankly, I tried not to sweat the clumsy brushwork too much, in the interests of finishing it quickly.  The display base is as basic as it gets... printed paper on craft plywood, just something to place it on really.

Email ThisBlogThis!Share to TwitterShare to FacebookShare to Pinterest
Labels: in other news 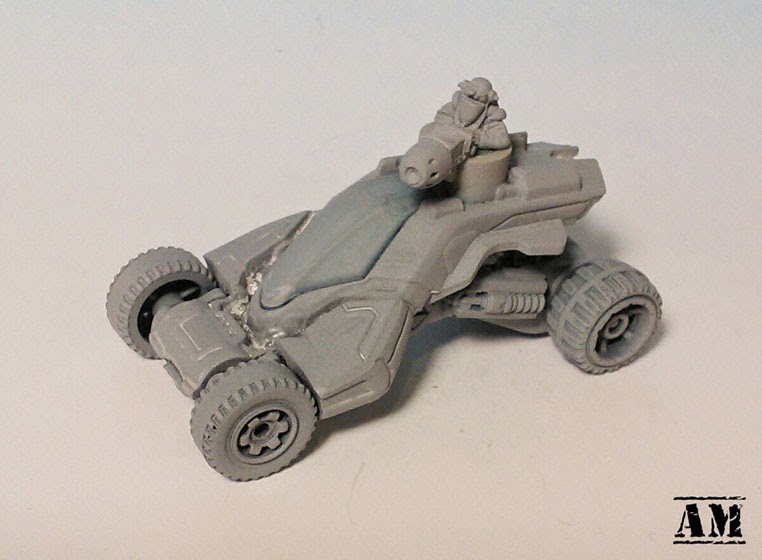 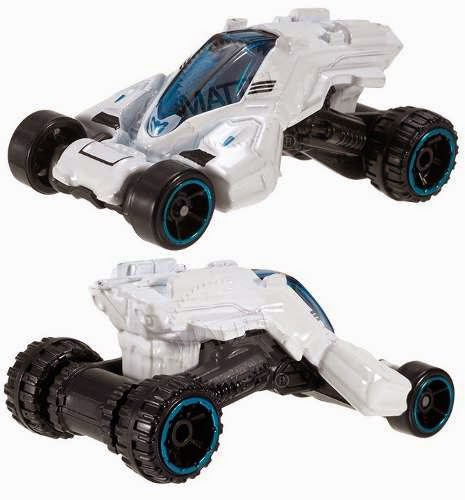 Pretty cool wheels... But I knew I could do better.  Luckily, this toy is almost exactly in-scale (judging by the driver's cockpit), and solidly futuristic-looking, so it didn't need much work.  I swapped the spindly front wheels for some from another car and added a turret (armed with a Space Marine plasma pistol) and Riflething gunner.  I don't do many vehicles to go with my figures, so this is kind of a step out for me.  We'll see how much painting gets done before the baby arrives, but I'll definitely have a go at it...
Posted by Allison M. at 5/08/2014 07:55:00 pm 10 comments: