Whirling dust in morning air,
Two warriors in the ring.
With the strength of two great bears,
They make their weapons sing.

Sparks fly high when steel meets steel,
And no one can believe
That these two men are best friends
Not enemies... 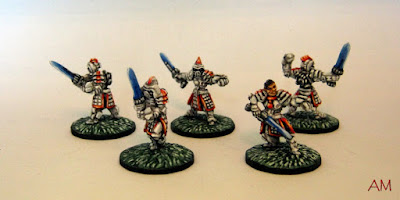 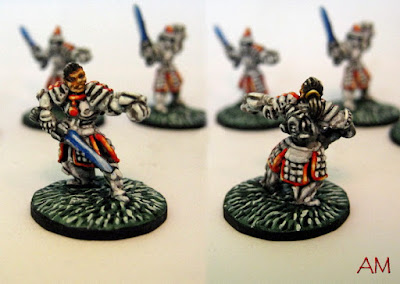 Combat Acolytes specialize in close-quarters fighting using edged and striking weapons, seemingly an anachronism in an era of energy blasters and autonomous battle drones.  But in shipboard and fortress assaults they show their value, storming through airlocks and corridors using aggressive movement as a weapon of its own.  Of course, it helps that they wear tough Kuijia III armour suits and are usually backed up by standard troopers with ranged weapons.  Nevertheless they train constantly, honing their abilities to the utmost balance of force and fluidity to ensure they always strike first.  Acolytes seeking a higher calling sometimes leave the service to follow the independent path of the Wu Xia.