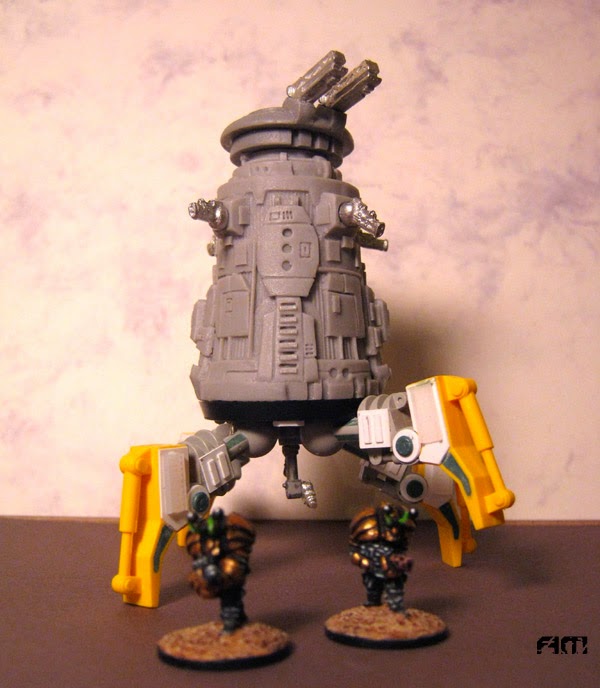 While the Corbal Deployable Hardpoint provides ground troops with instant fortification and fire support, its static nature is unsuitable for a constantly-advancing planetary invasion force.  The Corbal Mobile Hardpoint is hardly the fastest-moving vehicle on the battlefield, but it can at least advance into newly captured territory, and its monolithic 11m stature makes even disciplined opponents consider retreat or surrender. Once a permanent position is established, the Corbal tower unit can be mounted as base defense or loaded back on a dropship for further service. 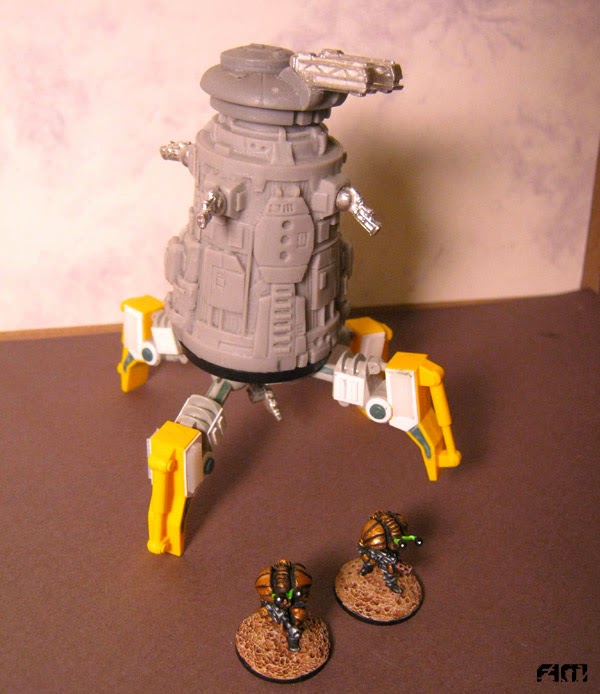 I knew I wanted to do this conversion as soon as I saw the Corbal on The Ion Age blog.  But I was stumped as to how to make the legs... my plasticard scratch-building skills are pretty sad and I'm too cheap to buy a whole other model just for its legs.  Fortunately, there's a ready source of interesting plastic shapes... Lego! 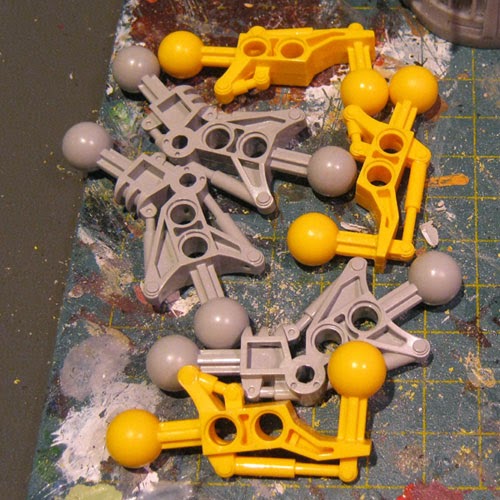 I bought some promising-looking pieces off of eBay and started cutting: 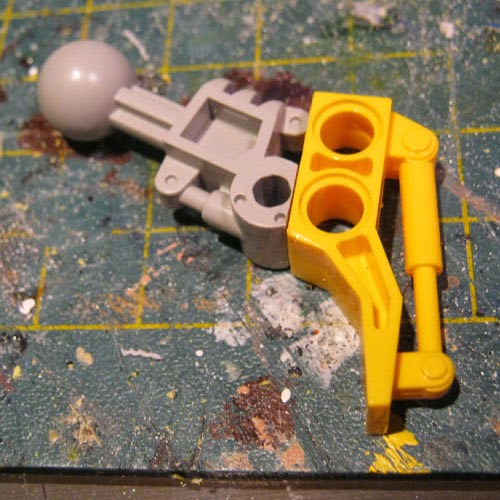 I'll freely admit these legs don't make a lot of sense mechanically, but I think we're well into "rule of cool" territory here anyway.  I also wanted the conversion to be "reversible" so the legs and belly details are mounted on an inverted 40 mm GW base that attaches to the Corbal's underside with a magnet and pins: 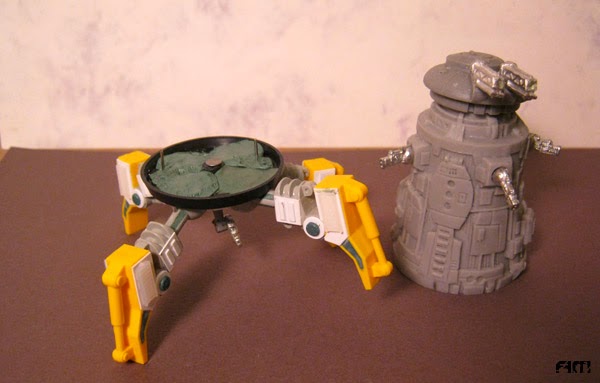 Skin in the game

Ain't logical. Cuttin' on his own face, rapin' and murdering.  Hell, I'll kill a man in a fair fight...  But these Reavers, last ten years they show up like the bogeyman from stories. Eating people alive? Where's that get fun?
- Jayne Cobb 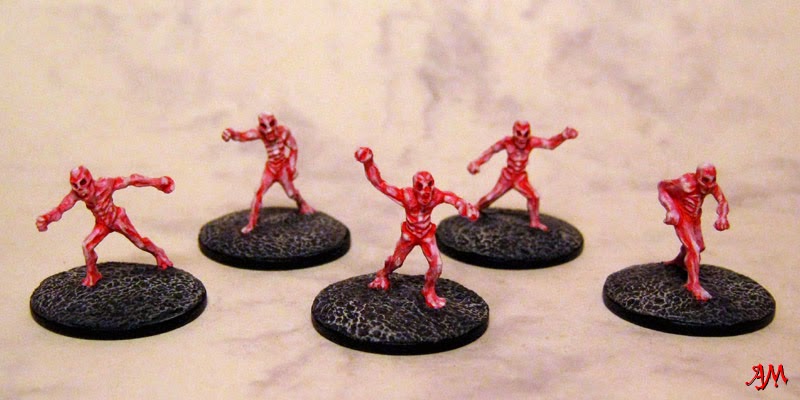 Once again, I got a chance to paint some pre-release Khurasan figures.  These are "The Flayed, which are fallen human followers of the false prophet who have their flesh flayed off and fight with berserk frenzy until they die".  Pretty gruesome stuff, but most fitting for what is apparently going to be a "Hollywood-style book of Revelations" type post-apocalyptic range.
Posted by Allison M. at 9/10/2014 05:29:00 am 5 comments:

TWO boxes arrived from The Ion Age today... one I ordered, the other turned out to be a birthday gift from my brother.  Score!  The haul: 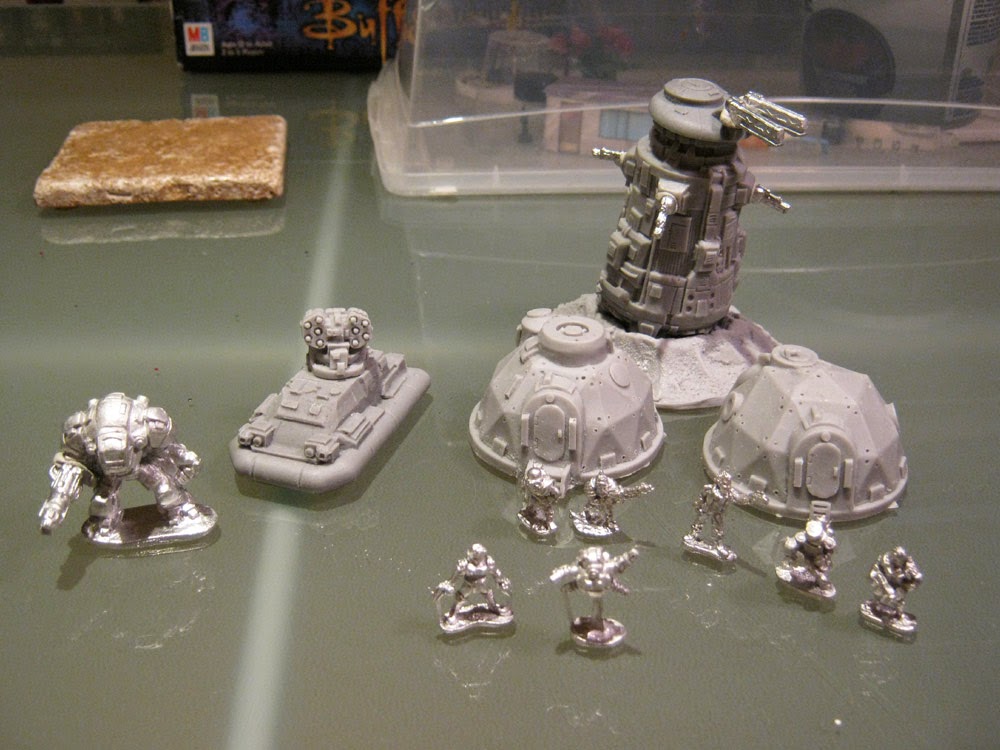 The tower in the back is a "Corbal Deployable Hardpoint".  Let's just say I've got some special conversion plans for that one...  The shelters are cozy polygonal homes for a military expedition, hard-scrabble terraformers, xenoarchaeologists etc.