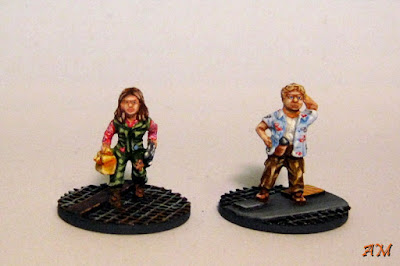 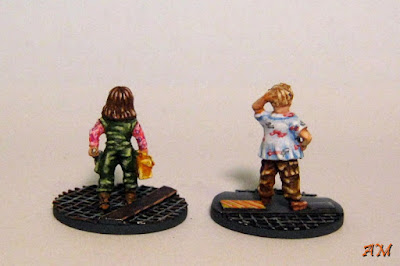 Another pair of Ground Zero Games' spaceship crew.  This time it's the perennially upbeat yet lovelorn ship's engineer, and the goofy plastic-dinosaur-playing pilot.  These are also really fine sculpts which I made look sort of like Smurfs.  But still enjoyable to paint with a few opportunities for teeny tiny freehand.  I don't actually yet own the Captain, First Mate, and Security figures, but I do have the Physician and His Weird Sister that I can have a go at next.
Posted by Allison M. at 11/16/2016 09:31:00 pm 4 comments: 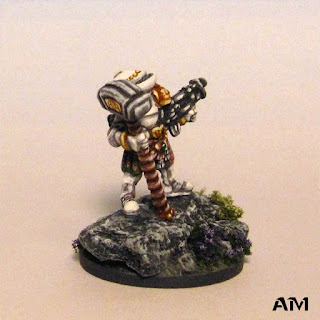 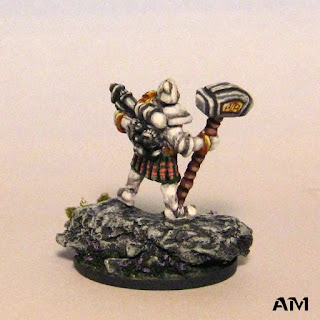 Angus McFife the Thirteenth, king of the Intergalactic Empire of Fife, is the hero of the ridiculous(ly awesome) concept album Space 1992: Rise Of The Chaos Wizards by power metal band Gloryhammer.  Armed with the Hammer of Glory ("powered by lasers entwined in a star") and aided by his allies the Hollywood Hootsman and the Knights of Crail, he battles the evil space wizard Zargothrax, who intends to destroy the universe.

If this all sounds incredibly cheesy, that's because it is...