It being the holiday season, I've been busy with some less metallic, more.... edible crafts: 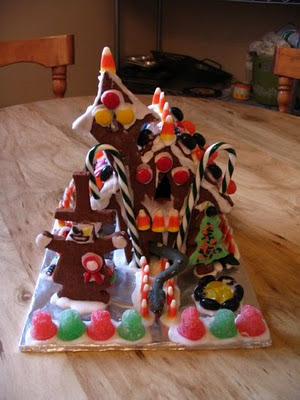 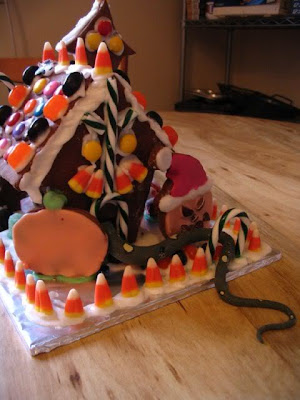 Email ThisBlogThis!Share to TwitterShare to FacebookShare to Pinterest
Labels: gingerbread, other projects

I just started another mini sent to me by "treide". This is a West End Games "Star Wars" (obviously) figure from the 80's, probably quite rare :) And it's everyone's favorite bounty hunter, no less! I think I'm going to try the same high-contrast style on him as on my last mini, I like how it turned out, even on a simple subject (below).
Posted by Allison M. at 12/16/2006 08:44:00 am 2 comments: 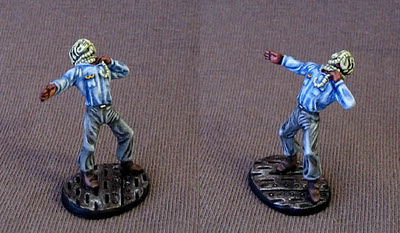 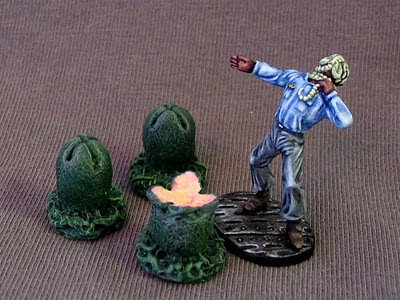 Well, he's finished. Poor bastard, he thought he'd be getting a huge bonus from the company for his "discovery". I think this mini turned out looking decent, I tried to produce a dramatic, high-contrast paint job rather than flawless blending. The sculpt itself was rather lacking, specifically it had problems with some of the clothing details being indistinct or poorly-rendered. This is typical of many sculpts from the late 80's, however.

My girlfriend has borrowed my camera this week, so no updates even if I do get painting done. In lieu, anyone who reads Painting Agency is encouraged to check out the following:
OXFAM Unwrapped

This is clearly an important species we're dealing with... 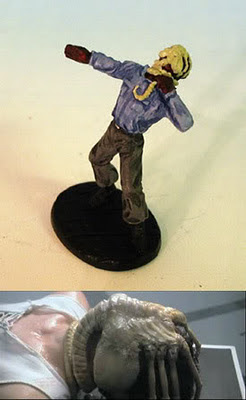 The colonists who made their homes on LV-426 had no idea why the company had really sent them to this inhospitable rock. But they found out. Kids, hugs are NOT better than drugs.