I was pretty excited to paint these figures and of course I started with a couple of the Omega Squad personalities, named by me after the better and worse angels in "Platoon".  Barnes (creeping) is as is, Elias (standing) is a basic head swap between two Omega figures.  I stuck with a classic military drab scheme, reminiscent of WW2 American uniforms, with red visors (below) giving them a sci-fi touch.
Hell Divers sniper team
15 mm 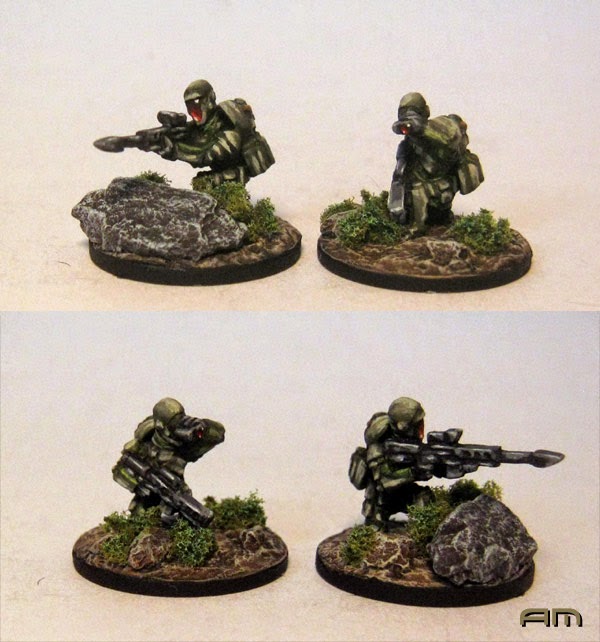 The Hell Divers' precision shooters can effectively eliminate key enemy personnel and even light vehicles from a safe standoff position.
Posted by Allison M. at 7/31/2014 06:54:00 am 4 comments: