Why am I not painting?

I'm a busy man these days: 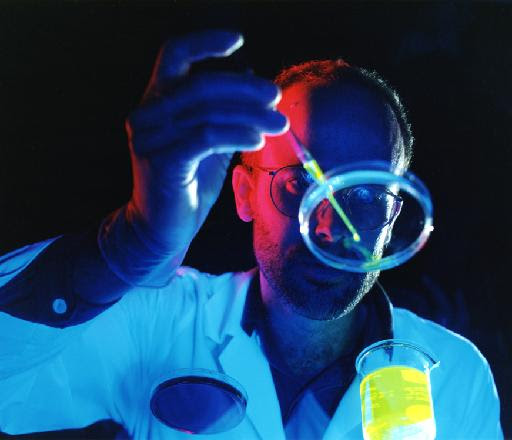 Email ThisBlogThis!Share to TwitterShare to FacebookShare to Pinterest
Labels: other projects

The war walkers produced by Allies and Axis alike captured the interest of Comrade Stalin, and he ordered production of a "robot" to support mass infantry charges. The Christie walking suspension was overly costly for Soviet production, so a simpler non-transforming leg mechanism was devised, and the walkers transported over distance by trucks. Armament varied; this one carries a 20 mm ShVAK autocannon and a rocket launcher adapted from a captured German Nebelwerfer.

Due to the walkers' awkward toddling gait they gained the nickname "железа ребенка" (Iron Baby) among Soviet soldiers. Operation required considerable skill, and drivers enjoyed being considerably less expendable than their comrades on foot.

This was a fun conversion from a Khurasan Miniatures sci-fi walker. I just generally down-tech'ed it, giving it a more gas-powered look and fixing some bad design (pointless asymmetry - why?) and building the Nebelwerfer out of sprue.
Posted by Allison M. at 4/16/2011 04:45:00 pm 6 comments:

"Doctor Who" Dalek and Cyberman
28 mm 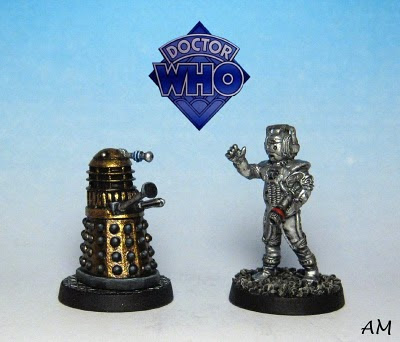 I'll be the first to admit these are basically tabletop-level paint jobs, but I wanted to have some fun and finish these quickly. We've been watching so much Doctor Who lately that I'm kind of... obsessed :) Anyway I like these two as a pair; they have different body shapes and metallic hues, but the same objective: conquer and destroy! The enemy of your enemy is not necessarily your friend...

Side note: I found a couple of other decent blogs with some pretty pictures of Doctor Who minis:

captain apathy's secret lab - inclues some Vogans, Movellans and Zygons, which I'm not familiar with.