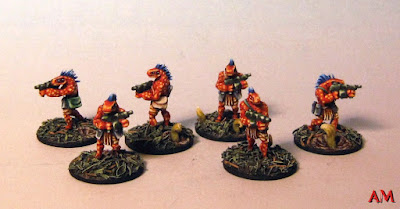 The pseudo-amphibioid natives of the jungle world Kwiell were progressing well through their version of the Bronze Age when the first sky visitors arrived.  Unfortunately for the Ikwen ("the Forest's Children" in their own language of hypersonic clicks and squeals) the visitors were not a curious scientific team, but a fleet of freebooters hired by the Human Empire to scout out sources of the fusion-modulating superheavy element unbihexium. 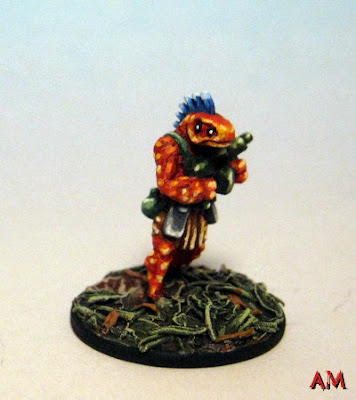 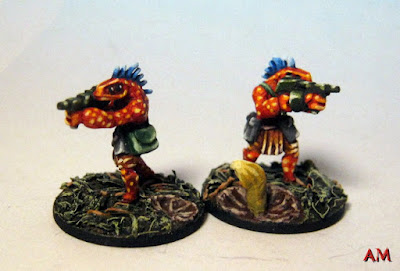 Upon learning of the Ikwen, the Empire ordered its contractors to not only extract the planet's unbihexium, but capture thousands of the Forest's Children as slave labourers.  Their resistance with primitive weapons would have been doomed if not for the hasty arrival of military advisors and equipment from both the Cultural Collective and the Garafraxian "Chloros", hoping to starve the Empire of a strategic resource.  Now the Ikwen find themselves in the middle of a three-way proxy war, with their own home hanging in the balance... 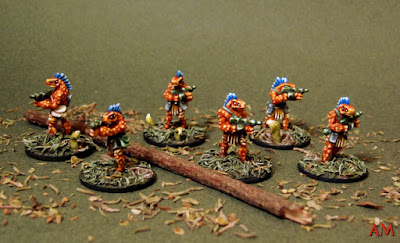 The Floating World of Lady Urokubi 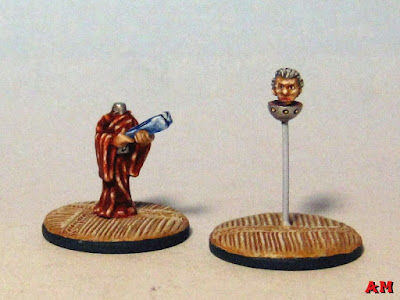 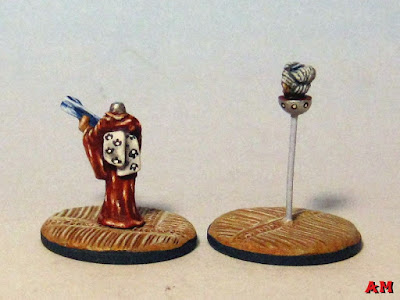 An influential socialite and traveler in human space, Urokubi has used the most advanced cybernetics, repulsorlift and micro-teleportation technology to give herself a truly extreme body modification.  Nutrients, blood supply and neural impulses are transmitted freely between transmat gates in her body's neck and her head, while brain implants allow her to effortlessly control her body while her head hovers independently of it.

The figure is a slightly modified "SGF23 Rokurokubi" (Japanese headless vampire) from 15mm.co.uk.


Edit: here's a scan of the rug pattern for those who liked it: 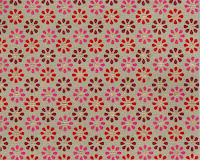