Justice consists not in being neutral between right and wrong, but in finding out the right and upholding it, wherever found, against the wrong. - Ancient Terran warrior T. Roosevelt 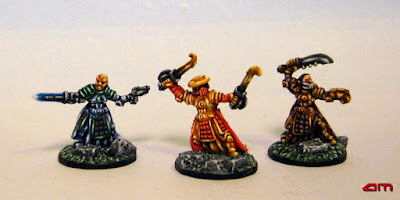 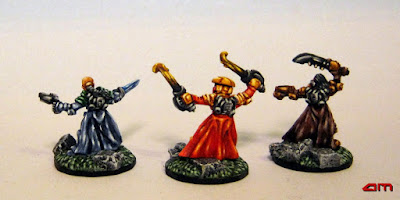 "These highly trained and equipped Xin warriors serve no specific master but follow their own code centred around the idea of righting wrongs where ever they may be found... They wear personalised Kuijia III armour and carry Gonglu Blasters and other weapons favouring exotic energy blades such as twin hook swords. Skilled warriors to be treated with respect when encountered."

Figures are Xin Youxia from The Ion Age.  I like these figures, they have similar armour to the regular troopers but their unique weapons and headgear really set them apart as hero characters.  Incidentally, these are some of the cleanest castings I've seen recently: they required so little cleanup it made me nervous I was missing things.
Posted by Allison M. at 2/27/2017 06:56:00 am 5 comments: 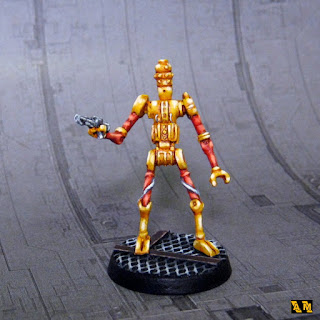 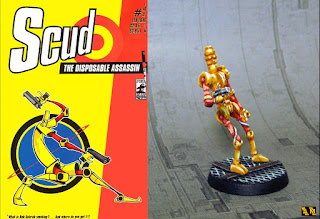 Buying a soft plastic Star Wars figure (not Imperial Assault, some kind of toy) with a pronounced "lean" inspired me to paint this mash-up of IG-88 and Scud the Disposable Assassin.
Posted by Allison M. at 2/12/2017 08:21:00 am 7 comments: