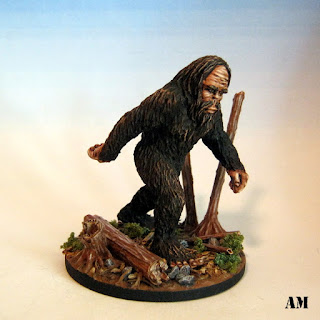 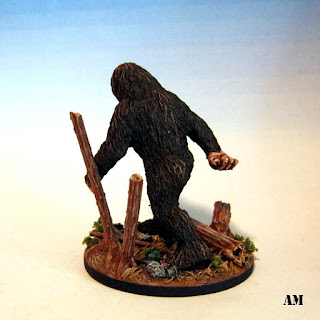 Bigfoot, or the sasquatch, is one of the best-known North American "cryptids" or animals that are claimed but not proven to exist.  Almost everyone has probably seen the classic photo, which is a still from the "Patterson-Gimlin film" supposedly showing a large ape-like bipedal creature walking along a river gorge.


The creature is an American icon, appearing in countless media and with statues showing up in countless parks, businesses, and tourist attractions. It's even made forays into politics.  As for whether it truly exists or not, according to well-known primatologist Jane Goodall, "maybe they don't exist, but I want them to"... which is good enough for me.


This Bears Head Miniatures figure is a great version, nicely combining the loping gait of the classic imagery with a slightly more human-like "Harry and the Hendersons" style face and hands.

(* At 55mm tall, its scale may depend on exactly how BIG you think Bigfoot should be...) 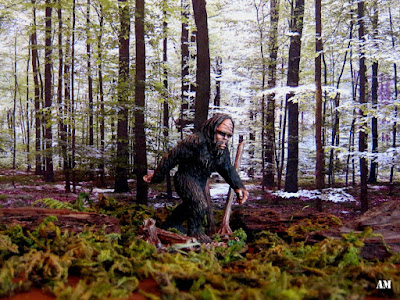 Dust rise, right on over my time
Empty fossil of the new scene
I feel so alone
Gonna end up a big ole pile of them bones 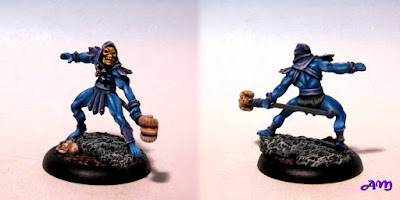 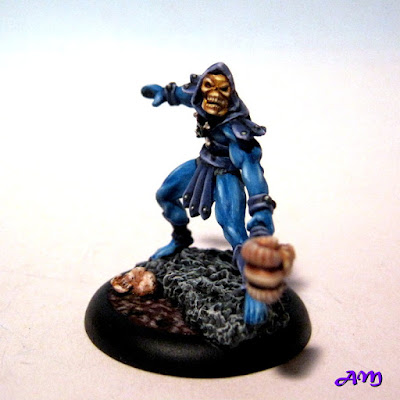 Skeletor... The most villainous, if not the most competent, villain in all of Eternia!  Is he a lich?  A necromancer?  A demon?  A guy wearing a mask?  Nobody knows for sure... But he will not stop his evil plotting until the most potent magic of all - the power of Castle Greyskull - is his to command!

Skeletor is a Quest Miniatures MOTU figure. I modified his booted feet to bare ones, and gave him bracers to reinforce a somewhat sketchy pinning job on his left wrist.


There's so much I could say about this guy... but really, he speaks for himself...