Ancient Lurker in the Woods 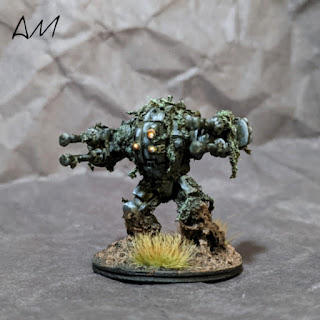 "Stay near the village!" they warn their children, "Or the troll will get you!"  Some believe it a survivor of the ancient war between the Pah Trolls and the sky gods, or a cursed earth spirit.  Once, emboldened by rice wine and brave songs, some villagers went hunting it with nets, spears, and axes.  Only one returned, telling how the troll spit lances of fire and crushed men beneath its huge feet.  They call the dark, marshy area of the forest where it lurks the "Pah Troll roots", and nobody goes there. 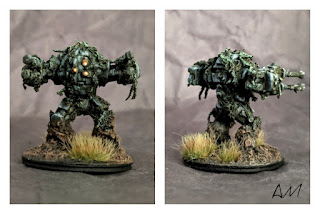 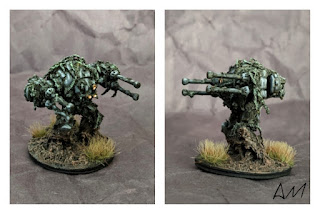 The Troll is an Ion Age "Steornade Battlesuit" from Alternative Armies, generously spackled with moss and a mix of fine flock and PVA.