The Sorceress of Castle Greyskull
28 mm 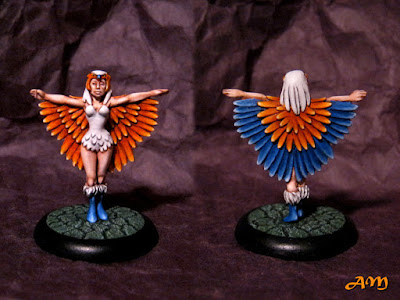 Eternia... a strange land of mighty heroes, where mystical forces and arcane technology coexist.  A land in peril from the perpetual plans of the forces of evil...  One of its most powerful protectors is a mysterious Sorceress, who resides in the ancient Castle Greyskull.

The sorceress is, obviously, a character from "He-Man and the Masters of the Universe", a toy line and cartoon that I, like many North American kids, enjoyed in the 1980's.  I was thrilled to find that Quest Miniatures produces a number of excellent MOTU figures.

I didn't follow the "canon" look for her exactly, but I think the result was a bit more dramatic in contrast between the front and back of the figure.

Readers may remember I posted a while back about some amazing 80's nostalgia figures I found... including these ones.  In a moment of weakness, I bought the entire set of MOTU core heroes and villains from Quest.  "Man-At-Arms" is next on the painting queue: 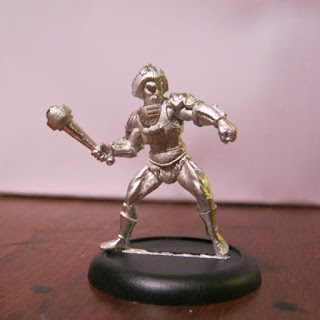