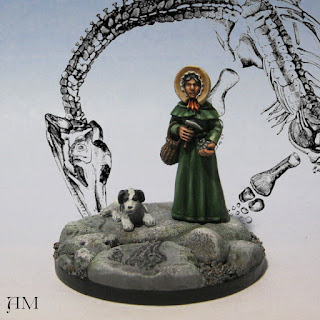 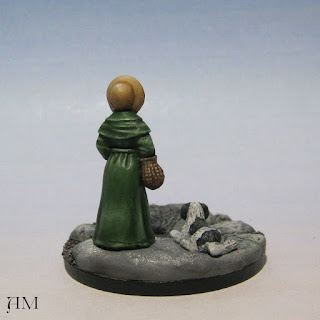 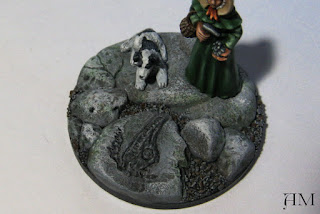 A woman.  Born to a working-class Dorset family in the 19th century.  Without higher education.  Ineligible for membership in the Geological Society of London, due to her sex.

But by age 12 Mary Anning had unearthed her first ichthyosaur, and by 24, a complete plesiosaur.  She discovered countless other fossils including England's first pterosaur, Dimorphodon.  And she impressed the hell out of most of the major paleontologists of her day, who visited her regularly and sought her fossil-hunting expertise.  She was just that good.

That said, she always struggled financially and like most people of her time, had to work very hard to support a quite modest living.  And while many prominent scientists of her time lauded her and considered her a friend, others had no qualms about leaving her name off the manuscripts they wrote about her fossil finds.  Still, her impact on the fledgling science of paleontology was striking, both in her time and ours. 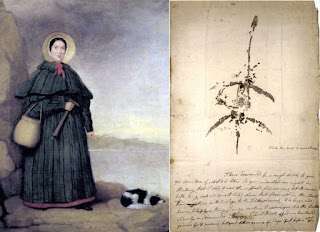 This fantastic set, clearly based on a well-known painting of Anning and her beloved spaniel Tray, is a recent release from Antediluvian Miniatures. 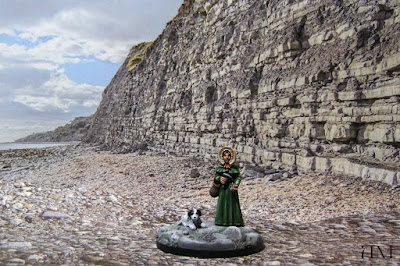 “Her history shows what humble people may do, if they have just purpose and courage enough, toward promoting the cause of science. The inscription under her memorial window commemorates “her usefulness in furthering the science of geology” (it was not a science when she began to discover, and so helped to make it one), “and also her benevolence of heart and integrity of life.” The carpenter’s daughter has won a name for herself, and has deserved to win it.” - Charles Dickens, 1865