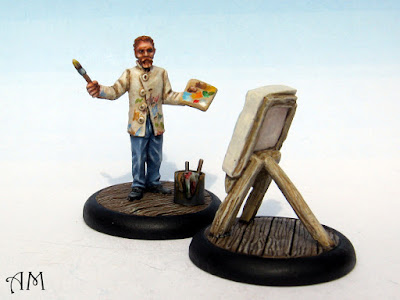 When I saw that Philip Hynes of Bears Head Miniatures had sculpted a Vincent van Gogh figure, I was so excited. Van Gogh is one of those artists who everybody has heard of, but who can never be overexposed or uninteresting. He was somebody who had a passion and a vast talent for art, but who was sadly so plagued by mental illness that he didn't last. Still, in his short life he painted over 900 canvases! 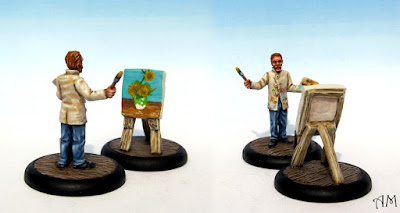 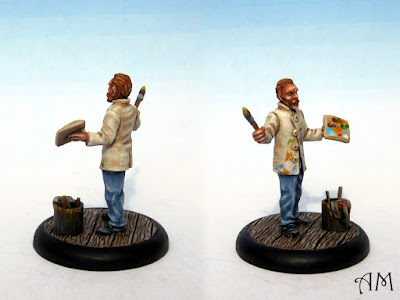 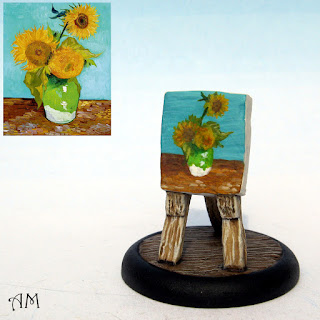 The particular painting I've depicted here is one of a series of four sunflower still lifes he did while working in Arles, France around 1888. The most famous of these hangs in the National Gallery in London, but there were three others. One is in a Belgian gallery and another was destroyed in Japan during WWII. This one has long been in a private collection and is not publicly displayed.

Something I was not aware of is that probably the only reason Van Gogh didn't slip into obscurity in death was that his brother's widow, Johanna Van Gogh-Bonger, inherited much of his work and devoted herself to raising its profile - and value - through an artful campaign of gallery showings and publicity. Without her, we'd never have enjoyed so many brilliant paintings, or a rather good episode of "Doctor Who".