Police and thieves in the street, oh yeah
Fighting the nation with their guns and ammunition 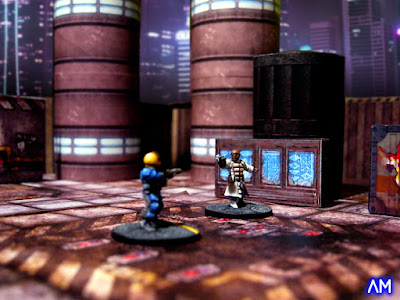 On the neon-lit, corporate-controlled streets of the mega-cities of the future, those with the power make the law, and those with the money have the power.  A B-Secur private police officer faces off with a mysterious hacker... Is he a mere criminal, or a revolutionary?  Is there a difference any more? 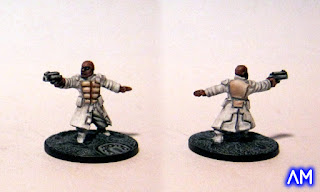 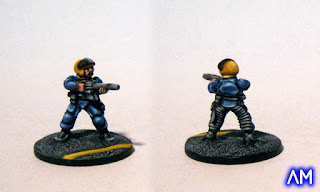 I've had these Khurasan figures in my collection for years.  They're really cool (especially the gangers), but they're scaled a bit small to fit in well with my other 15mm figures, and so they've unfortunately languished.  I'll see if I can get them painted up and post them in a bit.
Posted by Allison M. at 7/17/2019 04:40:00 am