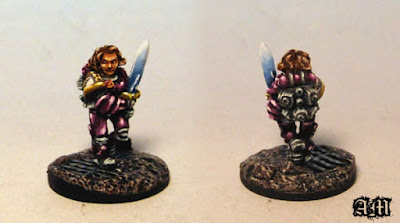 The "Human Empire" is barely an empire at all by galactic standards; a single moderately resource-rich star system with a handful of inhabited worlds.  Their massive and religiously fanatical military, on the other hand, are a force to be reckoned with.  Brethren and Sistren of the Imperial Forces are indoctrinated from birth to worship the mysterious Emperor and perform any sacrifice or atrocity in his name.  Highly xenophobic, the Empire have already enslaved and slaughtered one sapient species in their home system, and would set their sights on others nearby if they were not restrained by the close proximity of the Cultural Collective. 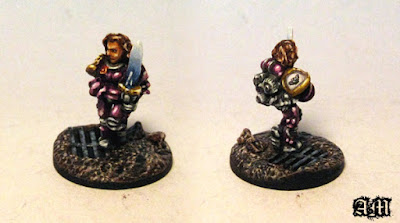 B'than, an elite veteran, has distinguished herself in numerous border conflicts against humans and alien "abominations".  Her unrestrained purity of purpose against uprisings among the agricultural and industrial helots of the Empire has earned her both Orders of Faith and the admiration of her comrades.