"They Came From Planet Tubby" 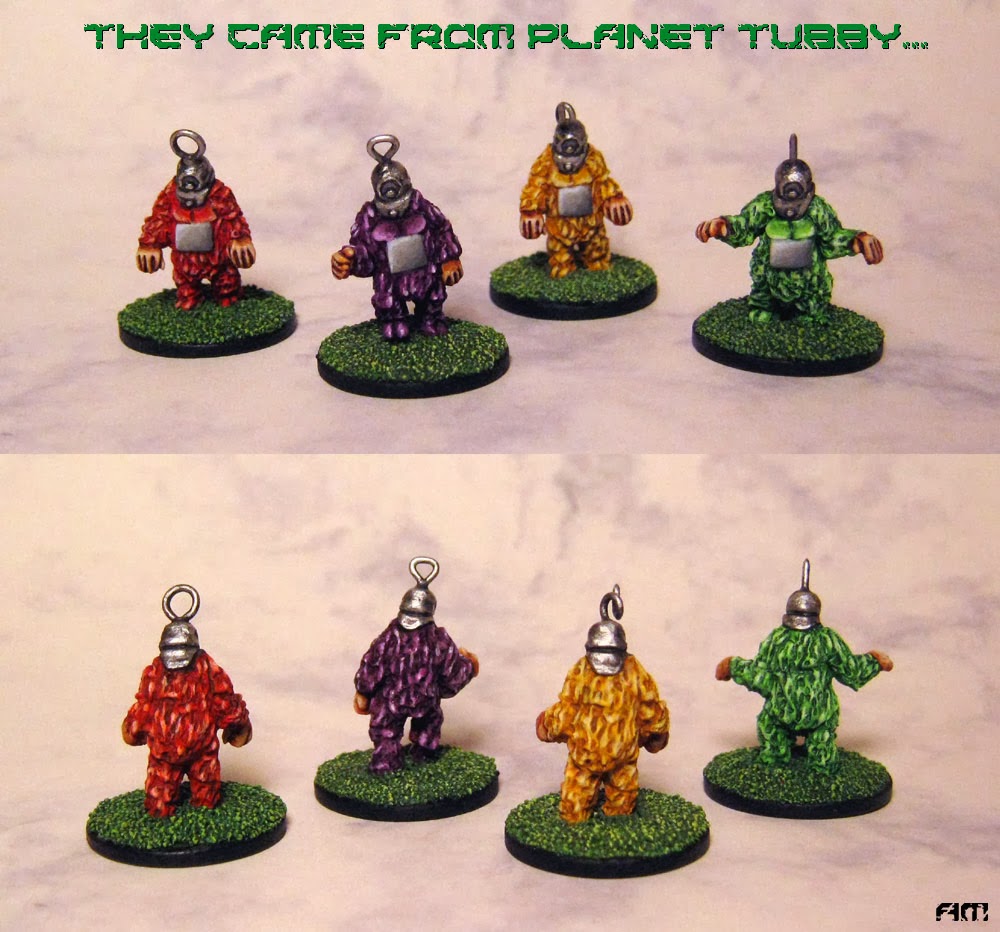 The origins of these strange biomechanical aliens are shrouded in mystery.  They dance and babble in childlike voices, until they suddenly disappear, only to turn up on a new world.  Strangely, they can communicate instantly with others of their kind via their abdominal view screens, and so have become a widely used faster-than-light messaging network for other species.  They have been known to alarm some human religious leaders, but are considered an extremely useful oddity by most sentients.
(This "squad" was my entry in the Dropship Horizon 15mm SF painting contest.  A lot goofier than my original plan, but time was tight.)

The figures above were my original plan for this contest.  Khurasan GOTA Clan riflemen with Mekanoid Melee Bots for support, on scratchbuilt starship bases.  But my KM order just arrived this week and there's no way I could have finished them nicely for the 15th.  So, Tubbies it is ;)
Posted by Allison M. at 2/08/2014 09:00:00 pm